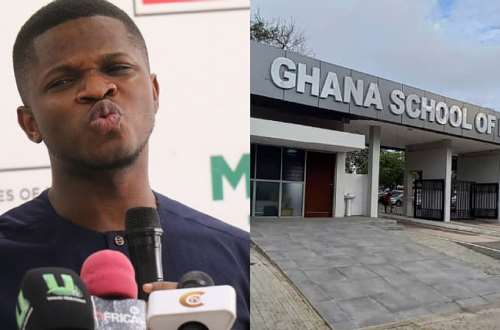 Sammy Gyamfi, National Communications Director of the main opposition party, the National Democratic Congress (NDC), is currently at loggerheads with the Ghana School of Law.

According to the legal practitioner, his rage stems from the institute’s unfair treatment of some known NDC activists in the school.

The opposition party’s spokesperson claimed that the GSL has deliberately failed some of their members, including Mr. Philimon Laar, even when they pass the exam.

“For those of you at the Ghana School of Law and the IEC who think that you can victimize known NDC activists by failing them when they have passed, take note that we are watching you,” he said in a post via Twitter on Friday, November 11.

According to him, the NDC will not sit aloof and watch them victimize their members anymore.

“Your time will come. You did it to Philimon Laar. You will not get away with same this time,” his post concludes.

The successful graduands of the Ghana School of Law have been called to the Ghana Bar Association today, Friday, November 11.

Some big names among the newly inaugurated lawyers include Mr. Kennedy Osei, the General Manager for Despite Group and the son of Ghanaian business magnate, Dr. Osei Kwame Despite.

See also  Thief leaves a note, after stealing from a Pentecost Church at Bogoso