Your accusations hurt us – Minority to Ghanaians 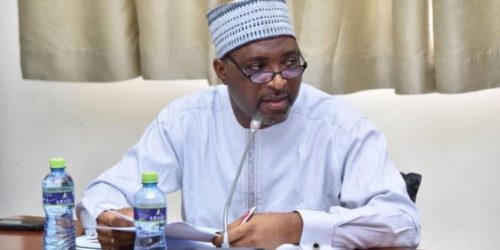 Minority Chief Whip for the National Democratic Congress’ (NDC) Caucus in Parliament, Muntaka Mubarak, says accusations that suggest the Minority is in bed with the Majority are unfounded and hurtful.

This follows the loss of the vote on the motion of censure against the Finance Minister, Ken Ofori-Atta.

Since the defeat, the Minority side has received some criticism from a section of the Ghanaian public who say the loss was proof that they have been compromised.

Some have noted that the loss was a “planned, rehearsed and executed maneuver” to create the impression they were working for the greater good of Ghanaians while deflecting attention from their role in the economic mess the country is in.

However, Muntaka Mubarak says that assertion is not true.

According to him, the Minority had done everything possible within its powers to marshal all their forces to vote in favour of a censure against the Finance Minister, however, the unreliability of the so-called ‘Brave 80’ had cost them the win.

“It was a 50:50. You knew they were not very certain, unfortunately the rebels were not in leadership, they were just some few middle-benchers and backbenchers so the courage is not really there… So it’s like at every point in time, you could not tell vividly what they would do,” he said.

He noted that despite the uncertainty on the Majority side, the Minority had managed to bring together every single member of its Caucus to the floor, amidst great sacrifices, to vote against the Finance Minister.

He noted that such accusations do not take into consideration all of these sacrifices and the fact that the Minority does not have adequate number of seats to upset votes even when they are all present.

“This is where the Minority gets a lot of pain. Anytime this comes we have a lot of pain. A lot of our members who made tremendous sacrifices, I mean the regional caucus leaders, the rankings and the leadership, the sleepless nights.”

“When you hear this it breaks your heart because you see the sad thing is that if those of us in the Minority group were given a number that could do all the things that we had to do, believe me, then when you then blame us we’ll take the blame.

“We have a number that is deficient and a number that constantly, for you to be able to achieve anything you have to reach out to one or two on the other side. And Evans, people are courageous but it’s not going to be easy,” he said.

He added, “Even in the morning there was so much to do on our side, even to select the five [speakers] and there was nothing. I mean you saw the debate, there was nothing that was left that had not been said. There’s no way a group will go and be compromised and come and put up that kind of fight.

“Look at the consistency, look at the heat, look at the attempt to look like it’s like we’re taking the whole day, can we pause and try and continue? No. Evans, we did our best, it’s just that our best was not enough to achieve the set objective,” he told host of PM Express, Evans Mensah.

Tags Your accusations hurt us – Minority to Ghanaians