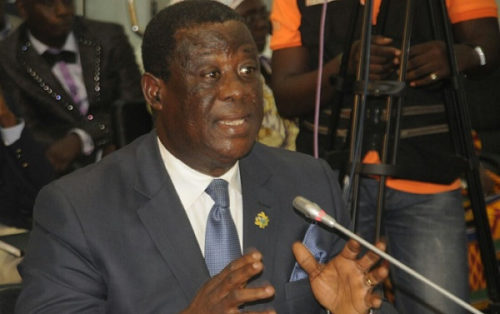 The Minister of Roads and Highways, Kwasi Amoako Atta, has said drivers and vehicle owners in the country should brace themselves to pay more for road toll next year.

He says the amount paid previously as road toll was not enough to construct enough good roads.

Speaking on the sidelines of the approval of the 2023 budget approval, the sector minister explained that there will be an increment in the amount paid as road toll to obtain more funds to construct good roads in the country.

Road toll collection was cancelled last year but Amoako-Atta announcing resumption of the toll tax said the law was not repealed and that it is important to resume its collection to help government get more revenue to construct more roads across the country.

“We were paying the lowest toll in the whole world while we wanted excellent and good roads. If we want good roads then we must be prepared to pay more. We will no longer be paying the fifty pesewas and one cedi. Tolls are even more expensive abroad,” he said.

See also  Aftermath of COVID-19 in the banking world

He added that the payment of the road toll will be via electronic means.

Previous Your failed strategy created economic mess – OccupyGhana tells govt
Next Your direction, guidance have been invaluable to me – Bawumia celebrates Kufuor