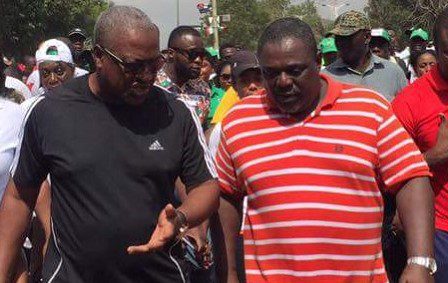 Builsa South Member of Parliament Dr Clement Apaak has told former Deputy General Secretary of the National Democratic Congress (NDC) that he will live to see the glory of former President John Mahama as president again.

Dr Apaak noted that clearly, Mr Anyidoho does not want Mr Mahama to win any election again in Ghana.

His comments come after Mr Anyidoho said he would not commit suicide following the victory of Johnson Asiedu Nketia as National Chair of the NDC in the just-ended 10th delegates congress of the party on Saturday December 17.

Mr Anyidoho mounted a spirited campaign against Mr Nketia but that did not work against the latter.

“My position on Asiedu-Nketiah has not changed and shall not change. Let’s see how his style of Paleolithic politics will lead NDC to victory in 2024.”