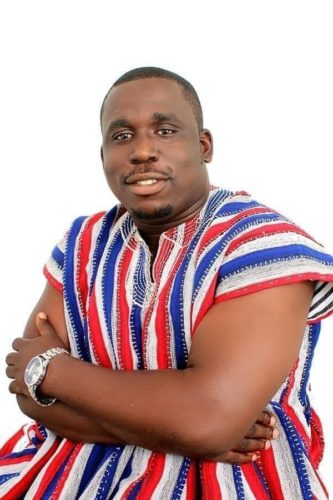 A Deputy National Communications Director of the governing NPP, George Krobea Asante, has stated the performance of the current NPP government, in the midst of crisis, is far better than the opposition NDC’s best administration in terms of economic management.

Speaking exclusively with the Daily Statesman, Mr Krobea Asante noted that under the NDC, apart from the challenging economic situation, erratic power generation became the order of the day.

“Even in the midst of crisis, the worst form of NPP’s government is better than NDC’s best government. Under NDC, between 2014 and 2016, Ghana went through a turbulent period of an erratic power supply that affected every facet of life. The situation was terrible, and the country gained notoriety in the international community that the Twi word ‘Dumsor’ found its way into Wikipedia with countries poking fun at Ghana,” he stated.

The NPP Deputy Communications Director added that investors shied away from Ghana, and businesses collapsed with some expatriate companies relocating to other African countries because of the high cost of doing business in the country as there was no power to use.

He also pointed out that “today, even in the UK, the Pounds Sterling is struggling against the US Dollar”, insisting that even “in the midst of the economic difficulties being experienced by Ghanaians, we have a stable power”.

“The NDC elements always claim they have all the answers to our economic woes – even though under Mahama, the economy plunged into a period of stagflation and a recession dealing a double-blow to the country, with both consumer price and retail price indexes peaking close to 17.7 per cent in the last quarter of 2016,” he stated.

That, he noted, was the chilling situation Ghanaians were faced with under the Mahama administration. He wondered how the NDC ‘town criers’ are in their elements, with the narrative that economic mismanagement is the cause of the current situation.

“Never in our lifetime has any major political party had a worse stint in government than the Mahama era. Nobody even comes close. But then, by their assertion and narrative, we take it that the folks in the NDC have their own unique underhand ways of imposing the “will of the people” over the rest of the silent majority.

“Truth is, Ghana’s economic growth is subject to major fluctuations: Over the past ten years, the figures have been between 3.7 (2016) and 14 percent (2011). In 2017, the Ghanaian economy grew by 8.5 percent under President Akufo-Addo. And for 2018 to 2020, the International Monetary Fund (IMF) forecasted growth of 6.3 percent, but we did over 8%. That is what we call prudent economic management,” he stressed.

According to him, the data from the Bank of Ghana, Ghana Statistical Service, International Monetary Fund (IMF) and the World Bank, since 1992, clearly show that the various NPP administrations had done better in tackling recessions, and show a more consistent economic performance.

The NDC, by contrast, he said, had always been the party that disproportionately presides over a shrinking economy.

Touching on the fight against illegal mining, he emphasised that whilst the menace requires national front and conversation, the NDC is “rather committed through fair or foul means to recapture power in 2024”.

The NPP Director of Communications said the fight against illegal mining (galamsey) and natural resources mismanagement should not be a political stunt. He stressed that it is wrong to address the issue of exploitation of natural resources at the play of party politics.

“The fight against galamsey is a very serious national issue that must be given attention by all political parties, but the NDC, which is only concerned about winning power, is looking the other way. All the NDC excels in, is the engagement of propaganda to the detriment of national interest,” he indicated.

“We cannot come to grips with these issues if they continue to be politicized and exploited by political parties for their personal gains. It cannot be right in the face of all of these challenges for opposition party leaders to say, if you vote us into power, we will release all jailed illegal miners and allow you to mine,” he said.

Mr Krobea Asante added that “likewise it cannot be right if governing party leaders put their political or economic fortunes ahead of this fight. This fight must be above partisan politics. It must be a national fight and it requires our collective efforts to win this noble struggle of ours.”