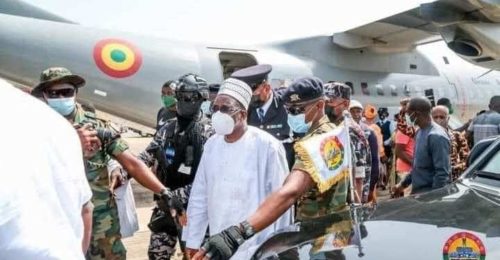 The Speaker of Parliament, Alban Bagbin has resurrected the issue about the withdrawal of his military protection as he describes the action as politically motivated.

Mr. Bagbin who questioned the basis for the action says it is puzzling that the state maintained what he calls battalion for the Electoral Commission Boss even after withdrawing the few military personnel attached to his office.

The Ghana Armed Forces in January withdrew the military personnel attached to the security detail of the Speaker of Parliament Alban Bagbin.

Government has dismissed suggestions that the withdrawal of the military attachment to the Speaker of Parliament by the Ghana Armed Forces (GAF) is an attempt to stifle his protection.

But speaking on the issue publicly for the first time during an engagement with the parliamentary press corps, Mr Bagbin listed a number of individuals whose offices are relatively below that of the speaker of Parliament yet enjoying military protection.

“The Chief Justice has a military, as well as Ministers, have their own and each Supreme Court Judge but the EC Chair has a battalion. My brothers at the Ministry of Defense and Interior both have and the Attorney General has his own. The same as the Minister for Finance but the Speaker is not entitled to a military,” he bemoaned.

“When I was second deputy Speaker, the Office of the same President approved his staff sergeant to by military attaché. For four good years, the staff sergeant was with me.

“Now, I’ve been elected as the Speaker, which is a higher position, and the same president says I’m not entitled to military attachment,” Mr. Bagbin lamented.

Nonetheless, Mr. Bagbin assured the public his security is guaranteed regardless of the withdrawal of the military attachment.