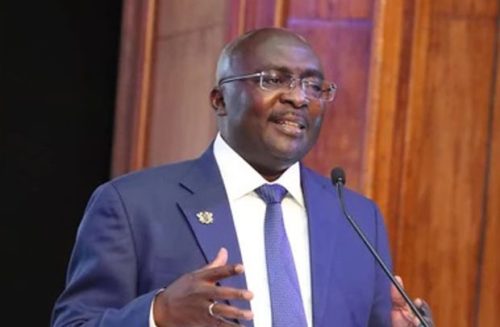 Amongst the dignitaries who attended President William Ruto’s inauguration on Tuesday, September 13, 2022 was Ghana’s Vice President, Mahamudu Bawumia. The Standard had a sit down with him after the ceremony and he had this to say.

How was your experience at President William Ruto’s Inauguration?

It was a very successful event not just from my perspective but also from that of Ghana. It is just not a Kenyan success story but an African success story to have a peaceful transition of power. We remember the old days of difficult transitions and since we have embarked on the democratic journey, every step and milestone is important.

How would you rate the diplomatic relations between Kenya and Ghana?

We have very good relations that date back to independence when our first President Kwame Nkurumah and Kenya’s first President Jomo Kenyatta shared good relations. They engaged in the independence struggle against colonialism and got our countries independent with their movement. Subsequently, our relationship has been growing. There is a sizeable Kenyan community in Ghana and because of Kenya Airways, which has a direct flight to Ghana, there are a lot more commercial ties between the two countries.

Africa is in the process of implementing The Africa Free Continental Trade Area (AFCTA). What is your view on its implementation and potential challenges?

People like Kwame Nkurumah were a bit ahead of their time with their vision as they held a view that Africa needed to be cooperative and united which is today being manifested. AFCTA is the biggest free trade area in the world. It is important that Africa trades by itself as we have largely traded with our colonial masters. AFCTA is an idea whose time has come and Ghana is the secretariat hence we are very passionate about it. There are a lot of opportunities and potential to realize.

The bottleneck to be experienced is logistics and transportation. Another challenge will be payments, but recently I launched the Pan African Payment and Settlement Systems (PAPS) in collaboration with the Central Bank which allows someone from Kenya to buy something in Ghana in Kenya Shillings without the need to worry about a third-party currency like the US dollar to trade. This is a major innovation that will help us bridge the gap that we have in the payment and settlement area.

It is important that we open up the skies. It should be an open sky policy and build up the infrastructure links across the countries. I believe we have the opportunity and the ability to make it happen to realize the dreams that our Nkurumahs and Kenyattas had.

Inflation is an issue grappling many African countries, how is Ghana handling the challenge?

The cost of living across the world has just increased phenomenally, this is coming at the back of the Covid-19 pandemic which disrupted the global supply chain and increased shipping costs almost tenfold. When we thought we were recovering, we had the Russia and Ukraine war that caused an increase in energy costs and as a result, food prices skyrocketed. It has affected every country and Ghana has been no exception.

We are trying to deal with the issue in this context of very squeezed and tight budgets. On the monetary side, the Central Bank is trying to contain inflation with their monetary policy through a number of interest rate increases to try to contain the situation. The Government still continues to offer free senior secondary school education to our citizens which lessens the burden on families in terms of cost of living.

Ultimately, we deal with this crisis by expanding the cost of production, if it’s a food crisis then you deal with food production. The energy side is a bit difficult since we are net importers of oil and have to be at the dictate of the international markets. We hope sooner or later the Ukraine crisis will albeit bring down the energy crisis but the government is always looking at ways to deal with this.

While at the Central Bank you once reduced inflation from 40 per cent to around 10 per cent, how did you deal with this?

To reduce inflation, you need a good mix of fiscal policy and monetary policy. Inflation is fundamentally a monetary phenomenon and it’s the fiscal that can drive the monetary side of it. If you can work to make sure that your balances on the fiscal side are not excessive, and your balances are not excessive so that you may have to enroll in monetary financing of that deficit then it reduces pressure on prices then you are able to contain inflation. We implemented an inflation target framework, one of the few African countries at the time, and it has proven very successful but that alone is not sufficient as you also have to look at the output side by increasing production.

You are a renowned global economist and have headed Ghana’s Central Bank. President Ruto ran his election on the promise of a bottom-up economic model, what’s your take on it?

The Bottom-up economic model is a model of inclusiveness which is fundamentally a good model. What we have seen in Africa since independence is that we have had development without inclusion. What we have seen is that 60 years after independence many people do not have a bank account, access to electricity, so many mothers die giving birth because they do not have access, and so on. So many people are excluded from the economic system, so if you are trying to transform an economy you cannot transform an economy on exclusion because a substantial population are amongst those excluded. The idea that President Ruto has of the bottom-up model is a good one, and I think is one that many other African countries should emulate if they are not doing so.

As the Vice President of Ghana, you have been at the forefront of spearheading digitization, what has its effect been on the economy?

In Ghana, we have really focused on pursuing digitization as an economic strategy. When you look at the world, we are now in the fourth industrial revolution globally which is a digital revolution. It is a revolution that is based on data, and systems. If you are an economy in this world and you don’t digitize you are going to be left behind. Africa has been left behind for too many of these periods, and I believe that digitization is a key to leapfrogging. We digitalize not for its own sake but to solve problems, formalize and build a more inclusive economy, deal with corruption and to provide services to our people more efficiently from the government side. A lot of people were excluded from the economy so we did digital IDs for our people, so we have unique identities for everybody. Once you have unique identities for everyone you will not have ghost workers on the payroll and also sort the voter registry.

We had an issue with the address system in Ghana, and through digitization, we solved the problem. Every part of the country, land or water, mansion or shark you have a unique digital address that we have rolled out in the country. This has solved a big problem as now deliveries can easily be made through e-commerce, and in the instance you are applying for a job you can easily state your address.

On financial inclusion, we have implemented mobile money interoperability. It is not just operability between the mobile companies, but interoperability between the mobile wallet and a bank account which means that every mobile money account practicably has a bank account. We were the first country in Africa to do so. Today it is very easy for someone to open a bank account in Ghana, you have your national ID card, you get onto your mobile phone and then dial a USSD Code and you chose one of the banks and there you go, you have a bank account. We have integrated all our databases which enable us to get value out of our digitization process. Digitization is the way to go for other African countries and with it, we can leapfrog other advanced countries. Today in Ghana, we are the largest medical drone delivery service in the world. We have drones flying all over the country, today we have 100 flights a day delivering medicine.

You have been fronted as a front runner in Ghana’s next election in 2024, what is your take on it?

Right now I am focused on helping my boss President Nana Akufo-Addo fulfill his vision and delivery of his agenda. We have no time to think about that right now until we get to 2024.

What is your message to President Ruto?

I congratulate him on his victory and inauguration. I want to wish him very well, this is a major task and a major burden but God will see him through. He is a very smart man, he has been a deputy president for a while and he knows what to do. We are praying for him and wishing him the very best and we are looking forward to what he does for Kenya.