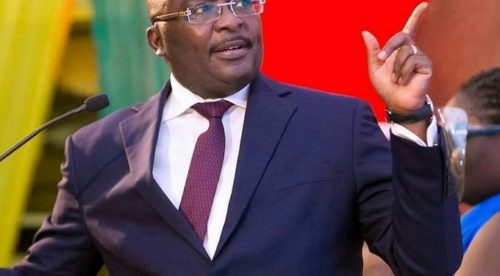 The Vice President, Dr Mahamudu Bawumia has disclosed that the government is resourcing all the anti-graft agencies to help with the fight against corruption.

Dr. Bawumia said state institutions like the Ghana Police Service, the Commission of Human Rights and Administrative Justice (CHRAJ), and the Office of the Special Prosecutor among others have had their budgetary allocations increased in recent times.

Speaking at the 2022 Annual District Auditors Conference in Accra, Dr Bawumia said the government is committed to fighting corruption contrary to claims by the opposition.

“To further boost the fight against corruption, deficits in logistics and personnel of the law enforcement agencies like the Ghana Police Service and other accountability institutions are being addressed, in fact, we have increased them significantly,” Dr Bawumia said.

The Vice President’s comment comes after CHRAJ last week said the commission has been left helpless on many occasions in enforcing Chapter 24 of the 1992 Constitution which focuses on the Code of Conduct for public officers.

The Code of Conduct provides that public officers comply with oaths, prevent conflict of interest situations and declare their assets and liabilities upon assumption of office.

However, the provision is flouted on many occasions; a situation CHRAJ believes breed corruption in public service.

But CHRAJ is confident the yet-to-be-passed conduct of Public Officers Bill (CoPO) will be an antidote to this challenge.

Speaking at an event to mark the 2022 edition of the International Anti-Corruption Day, Commissioner of CHRAJ, Joseph Whittal complained that the bill is currently pending approval from Cabinet 3 years since it was drafted.

“No one can deny the importance of a code of ethics for public officers in the fight against corruption. Indeed, allegations of non-compliance with Chapter 24 of the Constitution, especially conflict of interest, and non-declaration of assets and liabilities continue to dominate the media space. We all know what is happening.

“This year alone, the Commission received a record number of cases bordering on non-compliance and contravention of Chapter 24 of the Constitution. And we are currently investigating same,” Mr Whittal said.