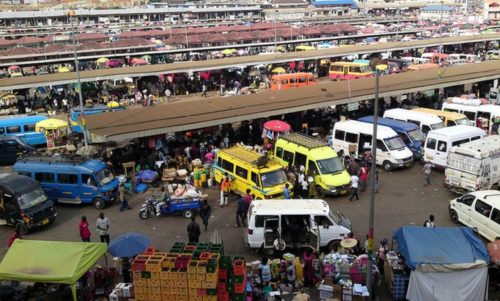 The Ghana Private Road Transport Union of the Trade Union Congress (GPRTU) has indicated that the recent reduction in fuel prices is not significant enough to warrant a reduction in transport fares at the moment.

The Director of Industrial Relations of the GPRTU, Alhaji Abass Imoro,  who revealed this argued that they – transport operators– did not increase fares immediately the prices of fuel were increased incessantly until a time the increment of fuel became significant.

“First of all we have to apologise to the general public for something we should have brought to the public domain but did not. When we realized that our business was declining, we took it upon ourselves and researched into it to find out what is wrong and it was then that we found out that from May 2020 to November 2022 fuel prices have gone up by four hundred and seventy three percent (473%) whiles upward adjustment in transport fares has been done only sixty seven percent (67%)” Imoro Abass said in an interview on 3FM.

He further explained that from January to November 2022 alone, fuel prices have gone up by two hundred and forty three percent (243%) hence it is not true that transport operators increase fares anytime there is an increase in fuel prices.

“Passengers think when they increase fuel we increase fares. It is not true; we normally don’t regularly increase transport fares whenever fuel prices go up, and that was the mistake we made and that was why I said we first had to render an apology to the general public. If we had come out early with this analogy, I don’t think passengers would hold us responsible for increasing lorry fares anytime there is increase in fuel prices” Abass Imoro stated.

Imoro said it was rather unfortunate they can’t reduce transport fares though fuel prices have gone down a little, stressing that the margin is very minimal coupled with high cost of vehicle spare parts.

“We also have to look at spare parts, lubricants and others which have not gone down. Like I have demonstrated, the margin is very bad but at least if the fuel prices can come down to GHS 10 per liter, of course it would be quite reasonable to reduce transport fares” he observed.