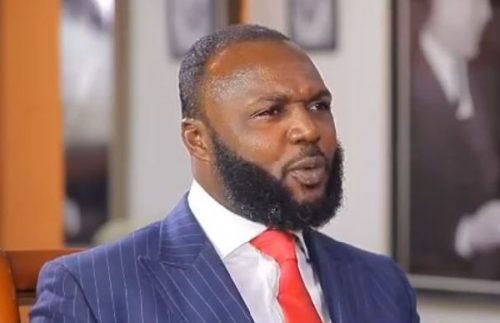 The first accused in the Capital Bank trial, William Ato Essien, has pleaded guilty to 16 counts of charges including stealing and money laundering.

In court on Tuesday, December 13, a Deputy Attorney General explained how the state arrived at the agreement with the accused’s defense counsels.

“Capital Bank was granted liquidity support in the sum of GH¢620 million by the state through BoG. Out of this amount, the first accused person and the other two accused persons have been charged with offenses which cover a total sum of GH¢192.5 million. The first question therefore is if the money isn’t paid back to the state has the state not been saddled with financial loss. The answer is positive.

“Two. As we speak now, the license of Capital Bank has been revoked by the Bank of Ghana pursuant to Section 133 of the Banks and Specialised Deposit-Taking Institutions Act, Act 930. Upon this revocation, the access and liability of Capital Bank were taken over by the Ghana Commercial Bank. GCB is a state bank, therefore properly speaking the current owner of the assets of Capital Bank is the GCB (a state bank). Again the current institution that is now saddled with the responsibility to pay the liability is the GCB. It is therefore our contention that if the GH¢192.5 million isn’t paid, GCB will have to pay and by extension there is an economic loss to the state.

“Three. Pursuant to the revocation of the licenses of the various banks by BoG, the state had to step in to pay the depositors of these banks including Capital Bank. The state had to pay in excess of GH¢25 billion to depositors. There is therefore no doubt that the GH¢192.5 million forms part of the GH¢25 billion.

“In conclusion, it is our firm position that Section 2 or Article 35 is applicable,” Mr Tuah-Yeboah told the court.

In a further breakdown, the Deputy AG narrated how investigations brought to bear an amount of GH¢64 million, which was used by another company, Capital African Group, to acquire shares in Capital Bank. He noted that the amount was paid through an Ecobank account.

“We realized that this amount came out of the GH¢192.5 million. The shares of acquisition was reversed and the money retained by Capital Bank.

“Again, during investigation, it came out that another amount totalling GH¢25 million was used to acquire shares in Capital Bank. This GH¢35 million was realized to be part of the GH¢192.5 million, therefore the share acquisition was reversed and the money was retained by Capital Bank. The total amount from these two transactions is GH¢100 million. Therefore, the outstanding amount out of the GH¢192.5 million stands at GH¢92 million.”

Counsel for Capital Bank’s CEO Thaddeus Sory explained to the court that after extensive discussions with the state, there was an agreement to have the accused repay monies.

He cited a statement by a former Chief Justice, Sophia Akuffo, in 2003, urging for a more modern approach to cases which placed focus on recoveries rather than prosecutions.

Per the terms of the agreement, Mr Ato Essien is to pay back GH¢90 million in total: an initial GH¢30 million and GH¢60 million in 3 installment to the state.

Responding to the terms, presiding judge Eric Kyei Baffour noted, “Having listened to the Deputy AG that with the revocation of the license of Capital Bank and that the state has made huge payments to depositors and the monies are huge loss to the state, I am prepared to accept the agreement under Section 35.

The first accused broke down in tears as the court began to take his pleas to the charges leveled against him.