We need a healthy NDC, we don’t want to defeat a limping horse – NPP 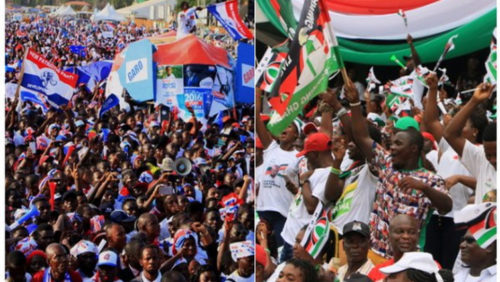 The New Patriotic Party (NPP) is giving the impression that it has already secured the victory seat in the 2024 general election.

Delivering a solidarity message to the National Democratic Congress (NDC) the NPP representative told the opposition party to forget about winning the next general polls.

“2024 is a foregone conclusion, we would win the election with the wider margin that will confront the NDC not to make an attempt to even appear before the Supreme Court,” he said on Saturday.

While wishing the NDC an event-free national delegate congress, the representative teased, “We need a healthy NDC, we don’t want to defeat a limping horse.”

The Police have since placed a bounty of ¢10,000 on the suspects, calling on the public to assist the police in the arrest.

See also  Congratulations to all newly elected NPP national executives, we have work to do