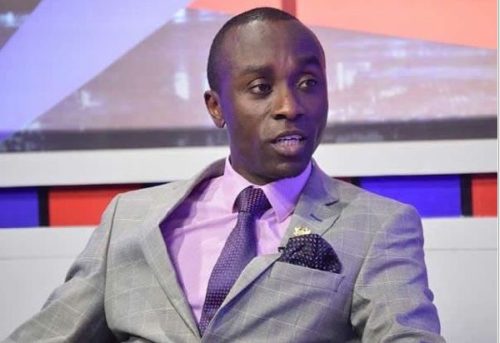 Ghanaians will reject the National Democratic Congress (NDC) again in the 20240 general elections due to the caliber of leaders they just elected during their 10th delegates congress in Accra on Saturday December 17, a Deputy Director of Communications for the governing New Patriotic Party (NPP) Ernest Owusu Bempah has said.

Mr Owusu Bempah indicated that the newly-elected National Chairman of the NDC  Mr Asiedu Nketia adopted a war-mongering posture after the 2020 elections and deceived the supporters of the NDC that they won the polls when he knew they actually lost.

Ghanaians have seen through the lies of Asiedu Nketia by his recent comments that the NDC could not gather its results in the 2020 elections, he said.

During the Saturday internal elections of the NDC, Mr Asiedu Nketia defeated the the incumbent National Chair to occupy that position. Regarding the General Secretary position, former lawmaker for Ketu South Fiifi Fiavi Kwetey won. He is also former Propaganda Secretary for the party.

“How can you lead a political party into an election, you lose an election and you deliberately incite your party  followers that you have won an election, you took them to the Supreme Court to just to waste the time of the ordinary Ghanaian people, waste the time of the entire judiciary, bastadise them and you still want to come back and convince the ordinary Ghanaian that you are a better alternative for the people of Ghana, I  beg to differ.”

He added “Also, somebody like Fifi Kwetey, when he was then the Propaganda Secretary of the NDC during the days of 2008 thereabout under President Kufuor, he told a lie to the whole nation that President Kufuor has stolen the entire nation’s money and kept it in his house, it came out to be false and a lie.

“These lies, propaganda and war-mongering leaders that the NDC has elected will continue to keep them in opposition for the rest of their lives, they will continue to remain in opposition because the Ghanaian people are obviously looking out for leadership that will change and manage the economy better and take them out of dumsor, leadership that can lead them in the midst of crisis.”