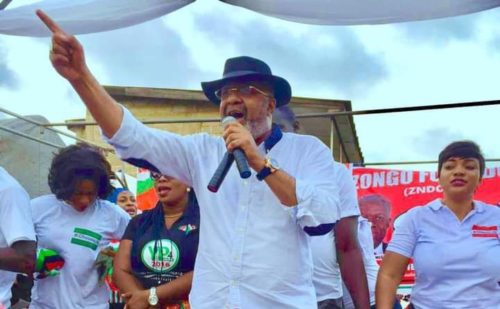 “My brothers and sisters, walaahi walaaahi, if you people joke… and I am saying this, if you joke to bring Asiedu as National Chairman, then we are doomed as a party. You know him already!“

The above are the words of National Vice Chairman of the National Democratic Congress NDC swearing by Muslims’ Allah while advising delegates to reject Johnson Asiedu Nketia as National Chairman.

According to Alhaji Sinare who is in the team of incumbent National Chair Samuel Ofosu-Ampofo seeking re-election, the NDC will be doomed if the delegates make “joke” and elect Asiedu Nketiah as their National Chairman instead of Ofosu-Ampofo.

Alhaji Sinare who is also a former Ambassador of Ghana to the Kingdom of Saudi Arabia also accused Asiedu Nketia of corruption in the procurement process of the party app which is used in the collection of dues and filing fees.

He alleged Asiedu Nketia unilaterally awarded it to a company linked to his son with a commission of 20% flat.

“Interestingly”, according to Sinare, there was another company willing to render the services to the NDC at zero cost.

Johnson Asiedu Nketia denied any involvement in the procurement processes and mentioned that at all material times, Barbara Asamoah, his Deputy was in charge. He also clarified that his son has nothing to do with the company selected by the party.

Previous John Mahama is better than Kwame Nkrumah – Bulldog
Next Presidency not chieftaincy you can be removed – Dr. Baah tells Akufo-Addo 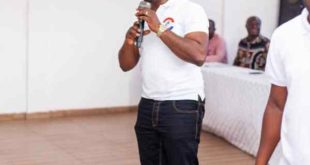 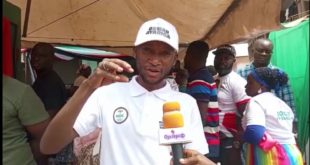