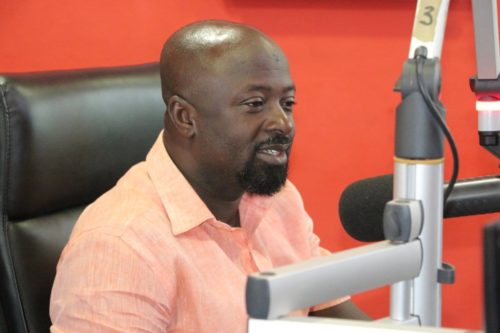 Former Municipal Chief Executive (MCE) for Obuasi, Kwasi Ofori Agyemang, popularly known as ZUBA has hinted that the commotion and violent scenes that characterized the Youth and Women Organizer elections at the University of Cape Coast (UCC) in the Central Region for a rehearsal towards any intimidation in 2024.

Speaking on Kumasi-based Ultimate Fm monitored by MyNewsGh.com, Mr. Agyemang believes any criticism directed at the NDC would not hold as the party has been quite tolerant to such matters but insists the rule of law has not been applied.

He blames the violent acts that culminated into stone pelting and hurling of chairs by some aggrieved supporters of aspirants at each other to despondency by the current administration.

“The root cause of the skirmishes at the youth and women wing NDC elections was as a result of despondency in the country, the NDC was going to elect people who are going to lead its fold to get this useless government out of office. The myriad issues facing the Ghanaian youth will be dealt with and it is a life and death issue. The stone throwing started because of the reaction of the police”, he revealed.

“We have to re-orient the police against crowd management; they are not on top of issues. We know the government will unleash the security on the NDC in 2024, just as they did in Techiman, so wherever we meet we are going to be doing rehearsals. We are not lawless but tell me, the people that died in Techiman what law has come to their aid. We are just preparing ourselves”, he emphasized.

“We are already dying at the hands of this government. The world over where there is anguish, hopelessness, there is always stone throwing. Have you forgotten apartheid in South Africa? I am not justifying what happened in Cape Coast but we have gotten there. In Tunisia, Syria, when the People were angry we saw what happened they threw stones to redeem themselves”, he said

Meanwhile, he noted that the right leaders were elected maintaining that the party never gets it wrong.

See also  Congratulations to all newly elected NPP national executives, we have work to do

“The party never makes a mistake; the right people were given the nod. Our leaders have been elected to do politics and not to play cricket hence the reaction for the go and do well”, he posited.