[Video]No Ghanaian artiste can fill Accra Stadium, I only filled half – Shatta Wale 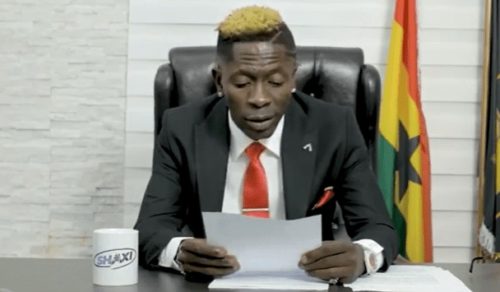 Dancehall artiste Shatta Wale has stated that no Ghanaian musician can fill the Accra Sports Stadium.

Shatta made the statement while reacting to the brouhaha around Wizkid’s Accra Sports Stadium show which went on without him on Saturday, Decmber 10, 2022.

The Afropop superstar failed to show up at the event organized by Live Hub Entertainment, putting his name at the centre of criticisms.

According to some netizens, Wizkid’s decision not to go on stage was based on the fact that the event organizers failed to fill the 40,000 capacity stadium.

Shatta Wale however has different opinion on all that is going on. In a video he said “As someone with experience, I said that Ghana here, nobody has done that kind of show”.

“Unless it’s a political rally, if it’s not NPP or NDC or maybe Pastor Mensah Otabil or Pastor Chris, I am telling you people something, write it down, or Duncan Williams, or Bishop Agyin Asare, or maybe it’s Kotoko and Hearts, we have never had a show like that at the stadium where you can see that the place is filled up for one artiste,” he added.

Speaking about how music shows are done in the stadium, he explained that “every time we fill one side. Sometimes if you go to ask they tell you that the authorities don’t want it that way because they don’t want the turf to be damaged”.

In the video below, Shatta Wale added, he therefore makes sure he enters agreement with the show promoters before accepting shows at the stadium.