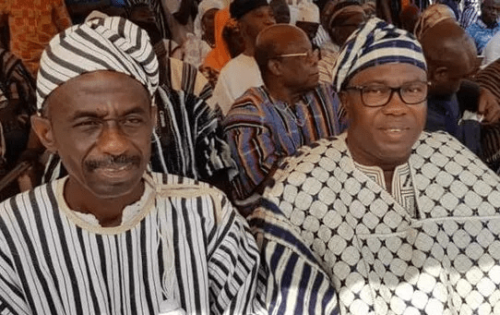 According to him, after the four-year term of party Executives, the platform is open to all qualified party members who have an interest in occupying positions.

To him, if the National Chairman thinks he can occupy the position of a Women Organizer, he can pick his forms and contest for that position.

“After every four years, all positions are left vacant. The positions are not anyone’s sole preserve in the political party and every executive becomes a caretaker. So when the platform is set and anyone who has an interest in contesting can contest.

So if you are a national Chairman and you feel you want to contest for women’s organizer, you can pick a form and contest. For me, when it’s time, I will pick forms and contest for the chairmanship position,” he said.

The National Democratic Congress (NDC) is about to elect new National Officers to lead the party ahead of the 2024 elections.

The General Secretary for the party has declared his intentions to contest for the Chairmanship position.

Previous Headmaster who earned ¢500 monthly; his teacher who was paid ¢200 quit for galamsey
Next Kasapa102.5FM 2022 BECE: AEE district records zero pregnancy as compared to 2021