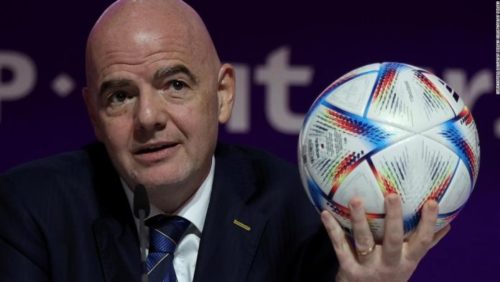 Dean of the Law School at the University of Professional Studies Accra (UPSA), Professor Ernest Kofi Abotsi has told the world football governing body, FIFA that transparency requires that FIFA publishes and republishes the full circumstances under which a referee is compelled to consult the Video Assistant Referee’ (VAR).

“Simple rules on transparency require that FIFA publishes & republishes the full circumstances under which a referee is compelled to consult the VAR! Unregulated discretion kills competition everywhere,” he tweeted.

This comes after Portugal were awarded a controversial penalty against Ghana in the thrilling Group H clash in Doha, Qatar in the ongoing World Cup tournament.

Many Ghanaians including the head coach of the Black Stars Otto Addo were disappointed with the contentious decision to award a penalty to Portugal on Thursday, November 24.

“The referee awarded a penalty that was not a penalty, everyone saw it. “I asked if I could speak to the ref and was told he’s in a meeting and it’s not possible,” Otto Addo said.

Ronaldo’s goal put Portugal ahead, but Ghana’s fighting spirit paid off when Andre Ayew equalised. While Ghanaians were still celebrating, Portugal scored through Joao Felix, and it soon became 3-1 for the Europeans.