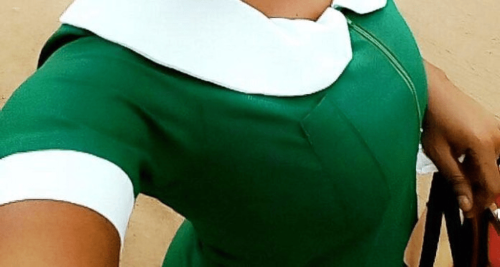 The Ashanti Regional Director of the National Service Scheme (NSS) Alex Poku Mensah has been recorded on tape verbally abusing a nurse at the Manhyia Hospital in Kumasi in favour of his daughter who is a house officer at the facility.

In an over nine(9) minute audio that has gone viral, the NSS boss is heard raining insults and unprintable words on the nurse who is said to have called his daughter, a house officer to come and correct a wrong prescription she has written for a child.

The incensed dad who felt his daughter was disrespected by the nurse for calling her to return to the hospital and correct the prescription, Mr Alex Mensah stormed the hospital and took on the nurse whom he described as ugly, unintelligent and a fool who cannot match his beautiful daughter. He is said in the audio questioning the nurse about her locus to call his daughter to come and correct a prescription.

“I’m the Ashanti Regional Director of NSS. All of you are under me. What course did you study in school? I can let my daughter bring her form 2 results and you will see. Is it this your useless nursing you have gone to study that is making you think you can call my daughter to come and correct a prescription? Stupid and useless girl like you. Is Manhyia for you? Sit down there,” he shouted.

The action of the NSS Regional boss has provoked nurses across the country. The leadership of the Ghana Registered Nurses and Midwives Association has in a statement called for his removal from office with 72 hours.

According to them, failure to relieve Alex Poku Mensah as NSS Director will result in a strike action by Nurses at the Manhyia hospital and subsequently the region and nation at large.