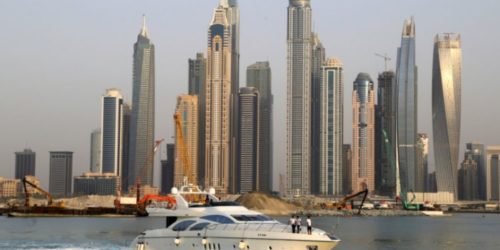 The Ministry of Foreign Affairs and Regional Integration has dismissed reports suggesting the United Arabs Emirates has placed a visa ban on Ghana.

Earlier reports suggested that the UAE had placed a visa ban on Ghana and 20 other countries.

A statement issued by the Ministry of Foreign Affairs on Monday (31 October) said the Ministry has not received any communication from the United Arabs Emirates on any visa ban.

“The attention of the Ministry of Foreign Affairs and Regional Integration has been drawn to news circulating on various media platforms indicating that the authorities in the United Arab Emirates (UAE) have announced a visa ban on Ghana and twenty other nationalities seeking to travel to the UAE with immediate effect.

“The Ministry wishes to assure the general public that it has received no such communication from authorities in the UAE and as such the story should be disregarded,” the statement said.

The Ministry, however, said it has been informed of moves by the UAE to review the requirement for its tourist and visit visas.

“The revision of the visa regime and requirements include the following: The 30-day single-entry visa has been put on hold; A 60-day multiple visa entry regime is currently in force and Travellers to the UAE should secure a round-trip ticket and a hotel booking prior to their visa booking, ” the statement added.

Below is the full statement: 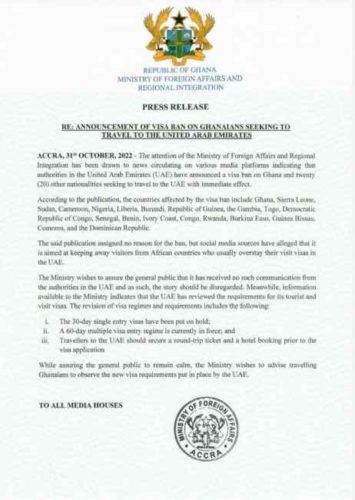