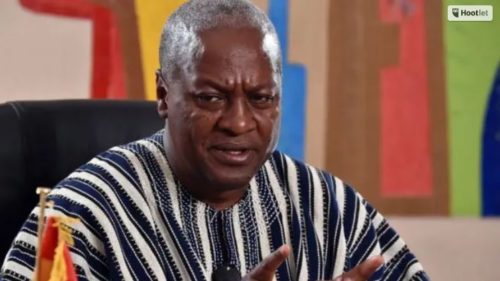 Ghana has announced a suspension of all debt service payments under certain categories of external debt, pending an orderly restructuring of the affected obligations.

The suspension, according to a Press Statement by the Finance Ministry, will include the payments on Eurobonds; commercial term loans; and most of the country’s bilateral debt.

According to the Ministry, the suspension is an interim emergency measure pending future agreements with all relevant creditors.

Mr Mahama who’s the presumptive flagbearer of the opposition National Democratic Congress(NDC) for the 2024 election, took to his Facebook page to comment on Ghana’s economic situation in a terse statement that read: “Tragic! Ghana officially bankrupt”

Previous 2024 election: NPP doesn’t mind if Asiedu Nketiah sacrifices his life for power – Nana B
Next Government still stands a chance for loans from external creditors despite defaulting – Prof. Quartey