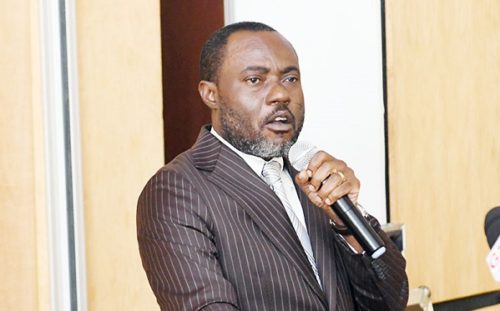 The proliferation of drones and their unreg­ulated use within the country’s airspace poses a threat to the safety and se­curity of airlines and pas­sengers, the Director-General (D-G) of Ghana Civil Aviation Authority (GCAA) of Ghana, Mr Charles Kraikue, said yes­terday.

He said the operation of these drones did not only interrupt air traffic control systems but also created challenges for airlines flying routes within the airspace.

Drones, remote control aircraft usually without human pilots, crew or passengers on board, are deployed for purposes, including delivery of medical supplies, warfare and photography.

At a GCAA stakeholders’ break­fast meeting in Accra, on the theme ‘Maintaining a healthy partnership with our stakeholders: Key for aviation growth’, Mr Kraikue said the au­thority, as part of the measures to curb the problem, had issued a directive to companies and persons operating both commercial and non-commercial drones to be licensed by the GCAA.

He said defaulters would be sanc­tioned as stated in the directive.

The D-G announced that the GCAA was coming up with an air traffic system “integrating the use of drones into our airspace with the conventional aircraft”.

Mr Kraikue mentioned challenges faced by the GCAA to include lack of funds to meet the high cost of navi­gation service infrastructure, financial and operational fall-out following the outbreak of COVID-19.

He said radar systems had been in­stalled in Tamale and Accra, with a back­up in Kumasi to help pilots to see and avoid collision between aircraft.

“There is also a new air navigation service, which is 92 per cent com­plete, so that our airspace will be safe with the help of communication and surveillance by traffic controllers,” he said.

According to him, Ghana emerged number one with a score 89.89 per cent in a recent audit conducted of adher­ence to safety and security standards in African flight information regions.

Concerning increases in airfares, he said a discussion was being held with their stakeholders on their cost break­down in order to put measures in place to reduce the fares.

Mr Kraikue pledged GCAA’s con­tinued assistance to the Ministry of Transport in the establishment of a home-based air carrier.

The Director of Economic Reg­ulations and Business Development (ERBD) Department, Rev. Stephen Arthur, said the ERBD was to promote and protect the rights of the consumers in the aviation industry, in relation to boarding challenges, cancelled flight and lost or delayed luggage.

“It also assists in developing guide­lines and directives on economic regu­lations as well as transport policies,” he said.