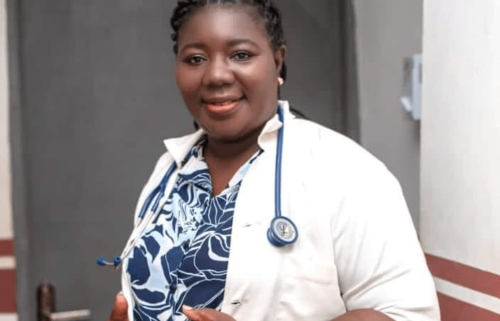 Men have been advised against having sex too frequently as this put them at grave risk of developing prostate cancer.

According to Dr Twumasi-Ankrah, who is the Chief Executive Officer (CEO) of Chartma Herbal Health Centre, men release about 400 million cells equivalent to one pint of blood per ejaculation. So they ought to reduce the frequency with which they have sex. For her having sex twice a week is good enough for men to avoid the risk of prostate cancer.

“I keep telling men that too much of everything is bad. And you know as a man, if you ejaculate, it contains 400 million cells. So if man just walks into a room with a woman and they have sex, he brings out 400 million cells. Now if the gland is overused, the possibility that it will cause prostate cancer is high. So at least do twice in a week. It’s ok. Don’t kill yourself,” she advised.

What is Prostate Cancer?

Prostate cancer is cancer that occurs in the prostate. The prostate is a small walnut-shaped gland in males that produces the seminal fluid that nourishes and transports sperm.

Prostate cancer that’s detected early — when it’s still confined to the prostate gland — has the best chance for successful treatment.

She added that too frequent sex also leaves men weak in their younger age beyond the risk of prostrate cancer.

Prostrate cancer has become a major health concern for men as the number of patients soars in the country. Hitherto, prostrate cancer affected only the elderly but these days, it affects younger men too.