Breaking News
Home / Politics / ‘There is no 8 to break; Ghanaians cannot wait to vote the NPP out of power’ – Dr. Amakye Boateng

‘There is no 8 to break; Ghanaians cannot wait to vote the NPP out of power’ – Dr. Amakye Boateng 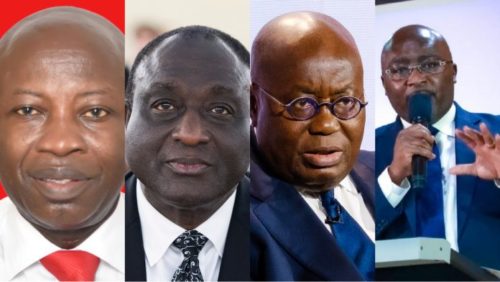 Dr. Kwasi Amakye Boateng of the Kwame Nkrumah University of Science and Technology has told the NPP to forget about breaking the 8.

He says the government’s poor handling of the economy has handed power to the National Democratic Congress even ahead of the 2024 elections.

The political scientist, speaking on Onua TV/FM’s Maakye on Monday, December 19, 2022, said “there is nothing left to be broken. It’s just a matter of time, Ghanaians cannot wait to vote the NPP out of power. There is no 8 to break.”

He says the NPP should not think they have turned things around to secure them power because the Cedi is now appreciating against the dollar, since it has not had any impact on the economy.

According to Dr. Amakye Boateng, he doesn’t understand why Ghanaians are jubilating over the Cedi’s performance.

He indicated the International Monetary Fund would have fastened processes on Ghana’s bailout without having to call for debt restructuring if the current exchange rate was anything absolutely positive worth celebrating over.

“I don’t know why people are jubilating over the appreciation of the Cedi. Why haven’t the IMF said the Cedi is better so they’re coming to us? Why hasn’t the financial status of the nation appreciated?” he quizzed.

The analyst was reacting to comments made by a former deputy General Secretary of the National Democratic Congress, Samuel Koku Anyidoho, who says Asiedu Nketia’s ascension to the chairmanship position of the NDC will trail them behind the ruling party in 2024.

Mr. Anyidoho, who had campaigned against his former boss’s candidature has been saying he expected the NDC Congress to elect leaders who could win them power rather than Asiedu Nketia.

See also  Stop the propaganda and tell Ghanaians the taxes you pay anytime you visit your family in Canada - Owusu Afriyie to Asiedu Nketia.

Johnson Asiedu Nketia after serving as General Secretary for the NDC in 17 years contested incumbent Ofosu Ampofo and subsequently ousted him as the party’s Chairman.

Tags ‘There is no 8 to break; Ghanaians cannot wait to vote the NPP out of power’ – Dr. Amakye Boateng