‘The NDC has no flagbearer’ – Kofi Adams 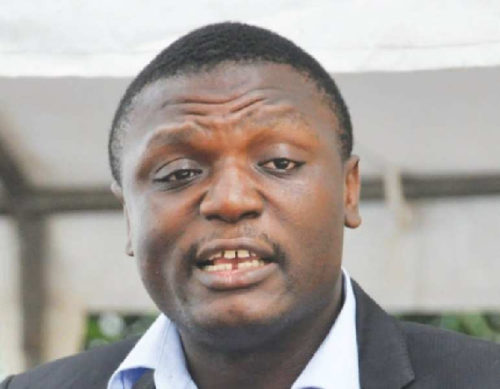 Member of Parliament for Buem, Kofi Iddie Adams, has said the National Democratic Congress does not recognise anybody as flagbearer for the party at the moment.

The former National Organiser of the NDC says the accolades that were given to John Dramani Mahama at the Sports Stadium during their 10th Annual Delegates Congress is due to his status as former President who hails from the party.

Many have chastised the umbrella party for giving preferential treatment and special recognition to John Mahama ahead of his other flagbearer hopefuls who were at the Congress like Dr. Kwabena Duffour.

But Kofi Adams, responding to the assertion on Onua TV/FM’s Maakye Monday, December 19, 2022, said but for his status as former President, Mr. Mahama wouldn’t have gotten that preferential treatment.

“We don’t recognise anybody as flagbearer as we speak now because we haven’t opened nominations. But we believe as leaders, Mahama is the best shot for us that’s why we are saying he should be presented as our flagbearer for the 2024 elections,” he told host, Captain Smart.

He says eventhough John Mahama is the best and obvious choice for the NDC, they will allow anybody that intends contesting him to do so without any impediment since the party believes in and practices democracy.

“Despite the obvious and clear indication that JM is the best shot for us, if anybody decides to contest him, we will allow him,” he indicated.

Tags ‘The NDC has no flagbearer’ – Kofi Adams

Previous Asiedu Nketiah dissolves campaign team; urges other contestants to do same
Next NDC polls: We voted against Ofosu-Ampofo for his ‘love affair’ with NPP – Yamoah Ponko