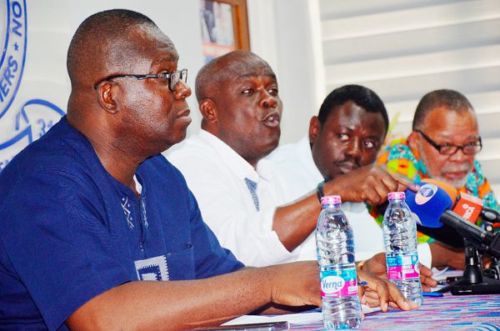 Union leaders of striking teachers have refused to engage Government to negotiate further for a possible end to their strike after making it clear that they were going to continue with negotiations on Tuesday, November 8, 2022 after first meeting with Government and other stakeholders on Monday.

The Ghana National Association of Teachers (GNAT), the Coalition of Concerned Teachers (CCT) and the National Association of Graduate (NAGRAT) have embarked on an indefinite strike in demand for the dismissal of the recently appointed acting Director General of the Ghana Education Service (GES) Dr Eric Nkansah, who the unions say is not a professional teacher but a banker.

The Government has dragged the striking teachers to the National Labour Commission over the strike action. This, the union leaders say is counterproductive and have therefore boycotted the engagement with Government today.

Meanwhile opinions remain divided on the path taken by the teachers. While there seem to be an overwhelming support for the strike action, there are those who disagree with the teachers.