Breaking News
Home / News / ‘Stop the Ghanaian female TV presenters from visiting the Black Stars, they ‘chop’ the players too much’ – Captain Smart to GFA

‘Stop the Ghanaian female TV presenters from visiting the Black Stars, they ‘chop’ the players too much’ – Captain Smart to GFA 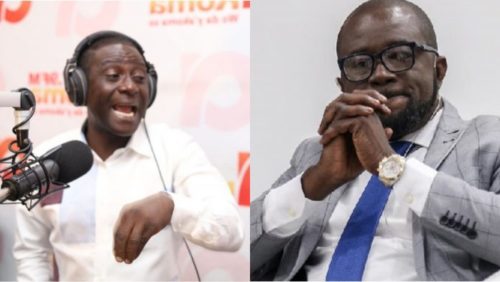 According to Mr. Smart, the presenters seduce the players and subject them to several rounds of sex which weaken their stamina on the field on match days.

Speaking Monday, December 5, 2022, the host of Maakye on Onua TV/FM, Captain Smart said even though there is a lot of politics and other spiritual connotations that is affecting the Black Stars’ non-progression in various tournaments, the TV presenters have also been sexing the players which affect their stamina.

“GFA, stop the Ghanaian female TV presenters from following the Black Stars everywhere. They’re chopping them too much. They weaken the players and they can’t perform in a match. This is becoming too much. I’ve said it,” he bore it all.

Meanwhile, he alleged there are 8 different camps within the Black Stars that has also been hampering their progress.

“There are 8 camps within the Black Stars. Each FA President has one. Warris has his camp, Dede has his camp, Asamoah Gyan has his camp so those who belong to the other camps look up to the head of their camps instead of the team.

“That’s why some players popped champaign when Asamoah Gyan missed the penalty against Uruguay. That’s why people popped chmpaign in Ghana here and jubilated over Dede’s penalty miss,” he alleged.

The Black Stars were eliminated from the FIFA World Cup in Qatar after failing to secure a win against Uruguay in their last group game encounter.

The stars, who headed into the game with three points after losing their first match to Portugal and defeating South Korea needed a draw to qualify if the Portuguese had won South Korea.

However, because the South Koreans defeated Portugal, Ghana needed a win to sail through to the round of 16 but were thrashed by 2 goals to nil, after Captain Andre Ayew failed to connect a spot kick awarded the Black Stars in the early minutes of the game.

Previous 22-year-old steals television less than 2 weeks after resuming from a 4-year imprisonment term
Next Sene West: Farmers’ Day celebration called off due to alleged disagreement on whom to win ultimate award