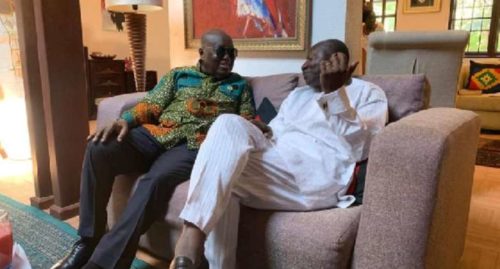 S&P Global has downgraded Ghana’s long-term local currency bonds to “selective default” and cut the country’s foreign currency debt to “CC” from “CCC-plus,” with default a “virtual certainty,” the rating agency has said in a statement on Tuesday.

Ghana’s Parliament on Tuesday narrowly approved the proposed 2023 budget, overcoming resistance from opposition lawmakers over the inclusion of the debt exchange and a higher value-added tax.

The S&P downgrade comes after a recent downgrade deeper into junk territory by Moody’s Investors Service on the likelihood that private creditors will incur steep losses during the government’s planned debt restructuring.

The country’s credit rating was slashed by two levels to Ca, the second-lowest score at Moody’s. That puts Ghana on par with Sri Lanka, which is in default.

“The Ca rating reflects Moody’s expectation that private creditors will likely incur substantial losses in the restructuring of both local and foreign currencies debts planned by the government as part of its 2023 budget proposed to Parliament on 24 November 2022.

“Given Ghana’s high government debt burden and the debt structure, it is likely there will be substantial losses on both categories of debt in order for the government to meaningfully improve debt sustainability,” analysts Lucie Villa and Marie Diron wrote in the statement.