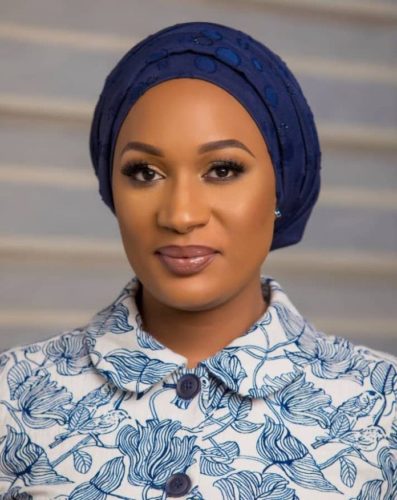 Second Lady Samira Bawumua has asked Despite Media’s Neat FM to retract and apologize for some comments made by the Director of Communications for the Nationa Democratic Congress (NDC) against her person.

Sammy Gyamfi is on record to have alleged on November 7, 2022, that the Second Lady Samira Bawumia travels with a makeup kit and makeup artist who are transported in a new Landcruiser.

He said “…there is another person; Samira Bawumia, do you know her convoy includes a brand new Landcruiser carrying makeup; makeup artiste; it follows her everywhere. Who is paying for that, The Taxpayer?”

But reacting to the wild allegations made by Sammy Gyamfi, Samira Bawumia indicated that it’s not true and is just a move to cast her in the minds of Ghanaians as wasteful, insensitive and unreasonable.

She has through her Lawyers asked that the Despite Group retract and apologize for allowing their platform to be used as a conduit to propagate falsehood against her person. 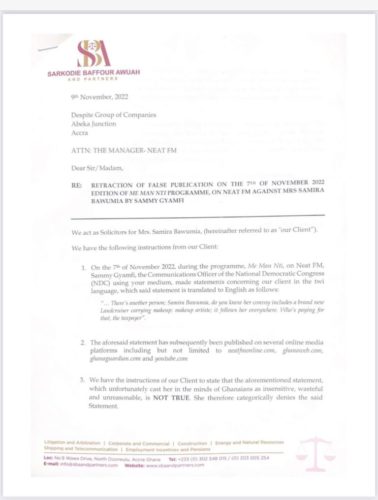 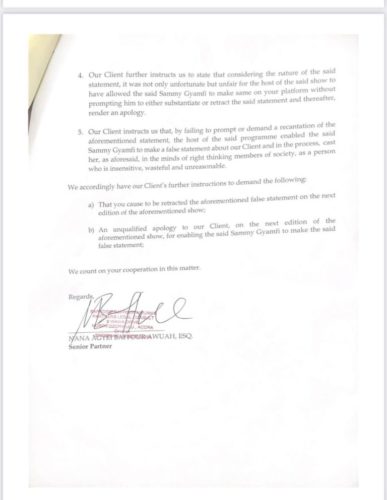