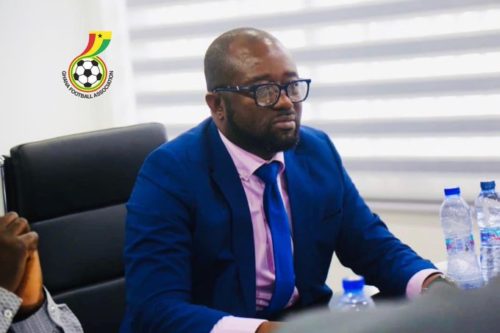 Flagbearer hopeful for the New Patriotic Party(NPP) in the 2024 election believes it is time to sweep out club owners and agents from the Ghana Football Association.

He says because club owners and agents who occupy sensitive positions in Ghana Football Association (GFA), the Black Stars will continue to break the hearts of Ghanaians.

Kennedy Agyapong was speaking to Ghanaians in United States of America when he made this known.

See also  I don’t buy fuel because I don’t have a car – K.T. Hammond

“For the Black Stars to excel, we need to kick out club owners and agents from the GFA. When they were playing during the world cup, there was a defender who was performing poorly but was fielded. That was bad because we had Tariq, and Gideon Mensah who are good materials and could have helped,” he said.

“These people want only their people to be playing but you can’t promote sports like that. We need a separate and independent body to run football so that we can honestly choose players who are competent to play for the Black Stars.”

Ghana’s Black Stars could not make it out of their group at the ongoing World Cup just like they failed in AFCON 2022.

The team with young players are expected to put their acts together and go for glory in the coming years.