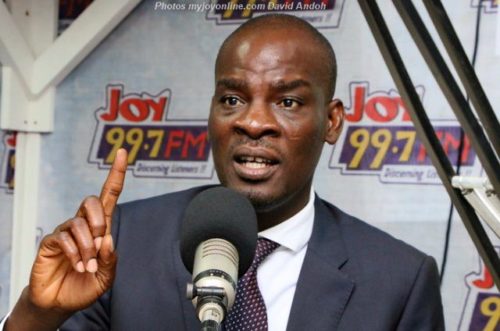 The Minority in Parliament has asked the government to seriously consider further reviewing the e-levy rate to 0.5 percent and a daily tax-free threshold of 300 cedis to win their support.

Minority Leader, Haruna Iddrisu said his caucus will push for that strongly in Parliament.

Government announced last Thursday it was reducing the rate from 1.5 percent to 1 percent, and remove the 100 cedis tax-free daily threshold. That means any amount transferred is taxable.

Speaking at the opening ceremony of the post budget workshop in Ho, the Minority Leader said such a review will worsen the impact on the poor Ghanaian.

He thus urged the government to reconsider the newly proposed rate.

“We will subject it to a further critical and thorough discussions as a caucus but without going into the scenarios, as you look at your scenarios, consider for say of 0.5% at a threshold of ¢300 as compared to what you have admitted of 1% at zero threshold.“

The Temale South lawmaker added that his side was yet to take a decision on the proposed increase of the VAT rate by 2.5 percent.

He however warned it may have terrible consequences on businesses.

However, the Finance Minister Ken Ofori-Atta said the measures have become important for domestic revenue mobilisation due to the closure of the international market to the government.

According to him, these revenue measures are key to pulling Ghana’s economy from the brink of collapse.

The embattled minister thus rallied MPs to support the measures and pass them on time.

“It has become more urgent to mobilise some domestic revenue as our access to the international market has been largely closed and our debt levels increased”, Finance Minister, Ken Ofori-Atta had said on Thursday, November 24, during the 2023 budget presentation.