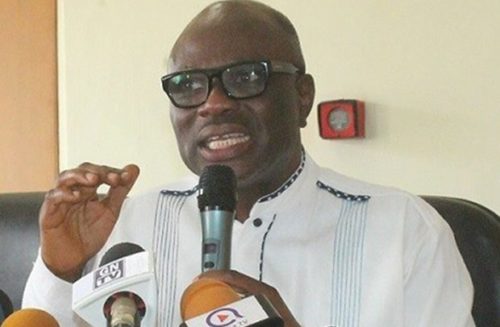 Ghana Union of Traders’ Association (GUTA) has praised government in its effort to stabilise the Cedi against other major international currencies, especially Dollar.

In a statement, the traders union urged the government and Bank of Ghana (BoG) to continue more of its efforts to sustain its programme to bring relief to the business community.

“As the value of the cedi begins to appreciate, GUTA wishes to appeal to the members of the business community to also adjust prices of goods and services accordingly, to make the consuming public to also feel the impact of this positive trend,” a statement released on December 9, 2022 and signed by Dr. Jospeh Obeng, President of GUTA said.

He was optimistic to see further continuous appreciation of the cedi and turnaround of the economy shortly.

The cedi strengthened in value against the dollar almost a day after the government launched the Debt Exchange Programme.

The local currency also improved in value against the other major foreign currencies, the pound and the euro.

It is being sold by forex bureaus below ¢13 to the American ‘greenback’. It is also going for ¢14 to the euro and ¢16 to the pound.

It is, however, unclear why the cedi gained value against these major international currencies.

But some market watchers and analysts may attribute it to the Debt Exchange Programme as the government defined the parameters of the programme to pave way for a programme with the International Monetary Fund.

The local currency had remained relatively stable, particularly to the dollar in recent weeks.