Police officer commits suicide after killing two of his colleagues 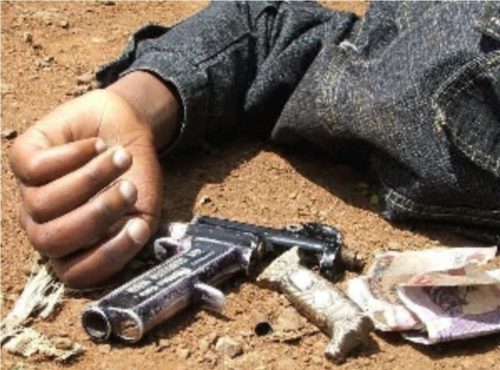 A police officer on Sunday, October 23, died by suicide after turning the gun on himself minutes after shooting dead two of his colleagues at Moyale Police Station, Marsabit County.

According to police report, the officer, a constable, stole the firearm from a colleague before heading to the armory where he killed two other cops.

“PC Lawrence picked a huge stone and hit PC Orero on the forehead handpicked his rifle before rushing to the armoury where other officers were picking arms for the day’s duty.

“He shot at the in-charge lines, killing him instantly and also shot at PC Matete dead,” read the report in part.

Two other officers sustained gunshot wounds, including one who was shot in his left arm.

Lately, the number of bizarre killings within the police service has increased to a worrying trend.

A huge number have been associated with depression with cops asked to speak up when going through difficult moments.

See also  Your Problem Is Getting Worse And Worse; Reshuffle Your Appointees- Dr. Yamoah To Prez Akufo-Addo