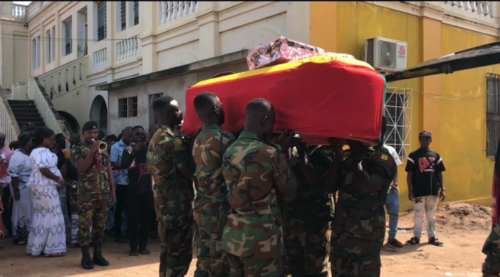 Prince Amartey, an Ex-Corporal who won Ghana’s third Olympic Bronze Medal in 1972 in Munich, Germany, has been laid to rest at the new Military Cemetery in Accra.

The funeral was held at his birthplace in Ho, the Volta Regional Capital, and he was later buried at the military cemetery at Burma Camp, Accra.

The pugilist also competed in the Light Middleweight category at the 1968 Summer Olympics.

In 1970, he competed at the British Commonwealth Games but lost his opening bout to Patrick Doherty of Northern Ireland.

Amartey also participated in the World Armed Forces Games in Rotterdam, Netherlands, in 1971. 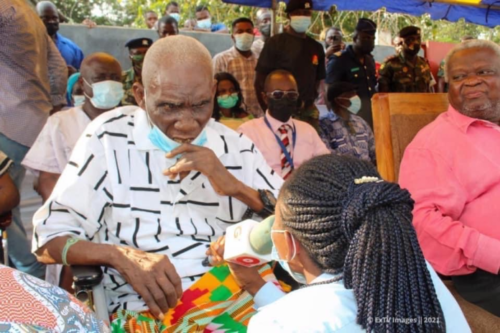 In 1972, at the Summer Olympics in Munich, Germany, Amartey won his quarterfinal bout against Poul Knudsen of Denmark.

He lost the semi-final bout to Reima Virtanen of Finland, which still earned him a bronze medal.

When he won the medal in Munich, Amartey shared the podium with Marvin Johnson from Indianapolis, USA, who also claimed the bronze in the Lightweight Division.

The Millitary Boxer was part of the team that was managed by Major (Rtd) Amarkai Amarterfio (Former Secretary of Youth and Sports) in the PNDC era and also by the late former President, Flt Lt J.J. Rawlings.

Some of his peers in the Ghana Armed Forces boxing team include Alhassan Braimah, Dodoo Wellington, and Jojo Myles, among others.

With all these achievements, Amartey was ignored by the country he served and loved so dearly.

In 2015, it was reported that the bronze medalist took up menial jobs to survive. He worked as a sweeper at a private health facility that belongs to his friend, the late Dr. Sunu, in Ho.

Sometimes he wandered on the streets as a hungry man and a pauper.

His problems began in 1974 when Amartey retired from the Ghana Armed Forces as a result of mental health problems. He held the rank of corporal.

In August 2021, the Ghana Army set up a minimart at the 66 Artillery Regiment in Ho to take care of his needs since he was ill and bedridden.

On September 23, 2021, the ex-corporal and Bronze Medalist passed on after taking his dinner and going to bed.

Former Secretary of Youth and Sports in the PNDC era, Major (Rtd) Amarkai Amarterfio urged the government to sustain the retirement benefits fund to honour its national heroes and athletes who have served the country.