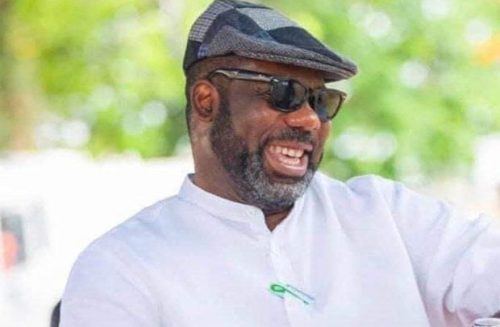 PRICES OF petroleum products are expected to reduce further in the coming months to help make life comfortable for Ghanaians, Minister of Energy, Dr. Matthew Opoku Prempeh, has assured.

The minister, also known as ‘Napo’, noted that he was shocked to see that some Ghanaians were happy when the prices of petroleum products shot up a few weeks ago.

He stated that it was not good for politicians to wish evil for the country just because they wanted to recapture political power and form a government.

According to Napo, those who wished that petroleum products would increase to make the government unpopular would surely be put to shame eventually.

“Petroleum prices will continue to go down more to reduce the burden on Ghanaians. If you are relying on higher petrol prices to win power then you have failed,” he said.

Napo, who is also the MP for Manhyia South, was speaking during the graduation ceremony of 47 artisans, whom he sponsored to be trained for free.

Selected from all the six electoral areas in Manhyia South, the artisans were trained in fashion design, hair technology and make-up artistry by experts for three months.

The programme, dubbed the ‘Youth Empowerment Project,’ is his brainchild with support from the College of Beauty, Arts and Entrepreneurship (CBAE).

Aside being trained for free for three months, the graduates were also given free startup tools to start their own businesses and contribute to national development.

Napo started the programme to reduce unemployment in his constituency. Within just six months, about 140 people in Manhyia South Constituency have benefited from it.

Continuing, Napo urged the beneficiaries of the commendable programme to also train other people in the constituency so that they would also become self-reliant.

The Energy Minister also stated that frequent power cuts, also known as ‘dumsor’, which was the order of the day in the NDC era, would not return under NPP’s administration.

See also  My mother uses charm for her East Legon Bar; I don’t want to inherit it – Ghanaian Lady

According to him, the NPP government was determined and ready to continue ruling the country on the right path so as to help increase prosperity among the citizenry.

Napo, therefore, entreated the citizenry to continue to support President Akufo-Addo’s government so that it would take the country to its “Promised Land”.