Parliament Has No Jurisdiction To Investigate Conflict of Interest- Kweku Baako 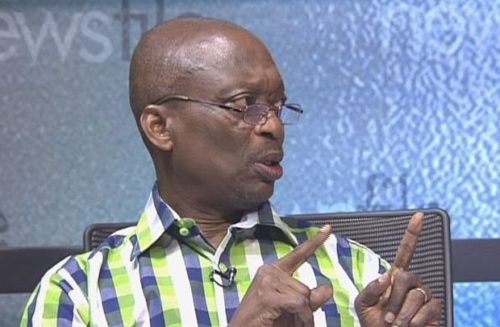 Veteran journalist, Abdul Malik Kweku Baako says Parliament of Ghana has no jurisdiction to investigate cases of conflict of interest as it is purporting to do.

His comment follows a directive from the Speaker of Parliament, Alban Bagbin yesterday setting up an 8-member adhoc committee to investigate allegations of impropriety levelled against Finance Minister, Ken Ofori-Atta by the minority.

According to Mr. Baako, ground one of the vote of censure motion against the minister which bothers on conflict of interest may suffer a knockout on the basis of lack of jurisdiction. “Per Article 287 of the Constitution, it is CHRAJ that is vested with the exclusive jurisdiction to investigate complaints under Chapter 24 of the Constitution”, he said.

He made this revelation via a text message to the host of Metro TV’s Good Morning Ghana show, Randy Abbey on Friday.

“Indeed, I want to believe Sammy is very conversant with this point because the Supreme Court amplified that point in the Okudzeto Ablakwa/Omane Boamah vrs Jake Obetsebi-Lamptey and Attorney-General case.

Speaker Doe Adjaho was guided by that SC verdict in refusing to admit the motion on the Ford Expedition Vehicle saga on 1st September, 2016!”

“The allegation of conflict of interest, if it is indeed contained in the “Motion for Censure” may run into a “constitutional minefied” both at the Ad-Hoc Committee level and outside Parliament unless it is tabled before CHRAJ for determination!