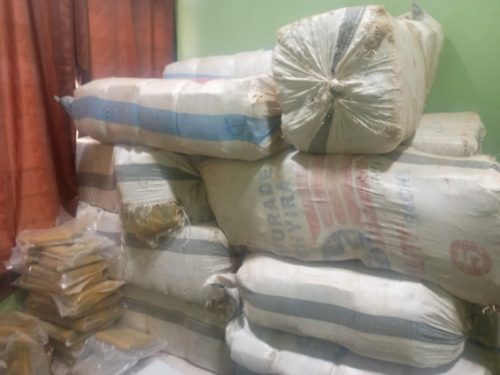 Parcels of substances suspected to be marijuana intercepted at Liero, a village in the Sissala West District in the Upper West region have reportedly gone missing under the custody of the Police.

A correspondence dated December, 05, 2022, and forwarded to the State Attorney in the region seeking his intervention on the matter said the quantity and place of custody of the substances that the police took away following a disagreement at the scene are still unknown despite several efforts.

“…the team had a disagreement (between the Police and Immigration officers) and could not reach consensus on the management of the substances intercepted. That as a result, immigration officers of the team allegedly carried away and are keeping in custody at the Hamile border, 981 of the said compressed parcels whiles majority of the parcels were left with the police at the scene,” said the commission.

Meanwhile, the commission has since confirmed the items in the custody of the Immigration Services, while the bulk of the substances left with the Police remained unaccounted for, the Narcotics Control Commission said in its letter to the Regional State Attorney.

A combined team of security personnel has retrieved 981 parcels of compressed substances, suspected to be marijuana, from a hideout at Liero, a community near Fielmuoh in the Sissala West District of the Upper West Region.

Acting on intelligence, the Ghana Immigration and the Police Service (FPU) combined team, on a routine patrol on some unapproved routes bordering Burkina Faso, conducted a swoop on a house of a man (name withheld) at Liero.

Almost all the rooms in the house were stocked with sacks containing compressed substances suspected to be marijuana, a statement issued in Wa on Saturday said.