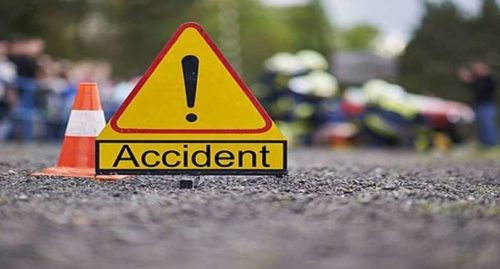 Ten pupils have been hospitalized after a school bus crashed at Kodie in the Afigya Kwabre South District of the Ashanti Region.

Speaking to this reporter, the Assemblymember for Kodie Electoral Area, Hon Grace Ama Serwaa said the two vehicles collided on the road leading to serious injuries to pupils on board.

“I was told the driver of the school bus failed brake which lead to the collision.

“Six pupils were rushed to Apedwa hospital while the other four were sent to Monree hospital for treatment,” she stated.

The Assembly member explains that the school bus belonging to Adonia Academy at Tarkwa-Makro was returning the kids from school to their various homes when the sad incident occurred.

She noted that the Kia Rhino was loaded with maize heading from Offinso to Kumasi.

Hon Ama Serwaa added that police in the area rushed to the scene and has begun investigating the accident.