Our SinoHydro road projects has silence NDC, when we talk they just say you’re lying — Bawumia as he commissions Cape Coast Inner City 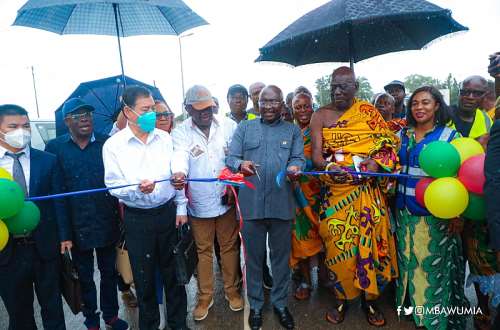 The Vice President also named major road projects the NPP Government has undertaken in the Central Region, which he indicated, is part of the Akufo-Addo Government’s overall commitment to improving road networks across the country.

Speaking at a ceremony to commission the construction of inner-city roads in the Central Regional Capital, Cape Coast on Monday September 26, 2022, he noted that the Construction of the Cape Coast Inner City Roads is part of the Master Project Support Agreement (MPSA) between the Government of Ghana and the Peoples Republic of China through SinoHydro Corporation. 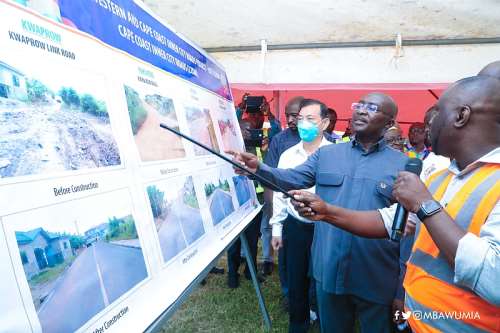 A total of 441km of roads and two interchanges are part of Phase 1 of the agreement, which, among others, include a 100km Kumasi Inner City Roads, the on going Takoradi interchange the first ever interchange in the north, the Tamale Interchange and the Jasikan-Dodi-Pepeso road, which have already been commissioned.

In his address, Vice President Bawumia, expressed delight at the commissioning of yet another inner city roads from the SinoHydro agreement, which he said, has silenced critics after they raised doubts over the feasibility of the Sinohydro agreement when it was signed a few years ago following his visit to China.

“But today marks yet another day of the commissioning of yet another SinoHydro project. Unfortunately for some of our opponents, when we say something and they don’t understand, instead of asking for an explanation and also reading about it, they don’t like to read, they don’t want to ask for an explanation; they just say you’re lying. But today, as we commission the road, they are silent. They are no longer saying it is not possible.” 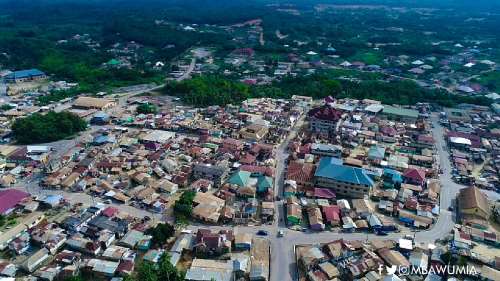 Apart from the SinoHydro Cape Coast Inner City roads, Dr. Bawumia revealed that the Governemnt of President Akufo-Addo has completed a number of major road projects in the Central Region, which include: partial reconstruction of the Cape Coast-Twifo Praso road and access road to Kakaum Park -30km, upgrading of Dunkwa-Twifo Praso Assin Foso road – 20km, and partial reconstruction of Bawjiase-Agona Swedru road – 15km.

He added that the Department of Urban Roads have also completed 30km of asphalt overlay works, and beneficiary towns include Cape Coast, Agona Swedru, Winneba and Anomabo. In addition, the DUR, Dr. Bawumia revealed, have regravelled 50km of roads and also undertook the rehabilitation of 7.5km of roads in the Central Region.

For feeder roads, the Vice President noted that the Department of Feeder Roads have upgraded 75km of roads in the Central Region to bitumen surfacing and constructed 6 major bridges.

Among bridges that the Government has constructed in the Central Region are the construction of 105m span Steel Bridge on Suprudu-Ammissano-Mankessim Feeder Road, construction of 25m, 20m and 40m spand steel bridges over rivers Akora, Osene and Okyi respectively.

Apart from the Cape Coast Inner City project he commissined, Dr. Bawumia also gave updates on other on-going projects in other parts of the country under the SinoHydro agreement.

The list include: the Tamale Interchange, upgrading of selected feeder roads in Ashanti and Western Regions, as well as the Jaskian-Dodopepeso road, which have all been completed and commissioned.

The Vice President reiterated the NPP Government’s commitment to its quest to improving road networks in the country, stating that no government in the history of the country has built more roads and interchanges than the current Akufo-Addo Government.