Our IMF Engagement Is Most Transparent – Akufo-Addo 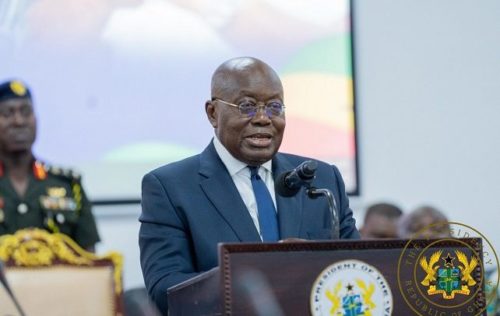 President Nana Addo Dankwa Akufo-Addo says Ghana’s current engagement with the International Monetary Fund (IMF) is the most transparent ever.

According to him, his government has been candid to the Ghanaian public at every stage of discussion without hiding anything.

“This has been the most transparent IMF programme ever. Did you hear anything about the IMF in 2015?” President Akufo-Addo quizzed on a Kumasi-based Otec Fm while touring the Ashanti Region on Monday October 17, 2022.

President Akufo-Addo said he takes full responsibility for the current economic difficulty but stated one cannot gloss over the external factors.

“I am the leader and I take responsibility,” Mr Akufo-Addo told the host of Otec FM morning show in an interview on Monday, October 17 as part of his tour of the Ashanti Region.

He is however, optimistic, the economy will recover before he finishes his term. “I hope the IMF support is concluded in the middle of November so we can feed it into our budget, ” he said.

He added that “my hope is to take Ghana out of IMF before I finish my term.”

Finance Minister Ken Ofori-Atta at a press briefing on September 28 was optimistic of a fast-track negotiations with the IMF to ensure key aspects of the programme are reflected in the 2023 budget statement.

“In line with the President’s dialogue with the IMF Managing Director, Kristalina Georgieva, negotiations will be fast-tracked to ensure that key aspects of the programme are reflected in the 2023 Annual Budget Statement in November 2022,” according to him.

Tags Our IMF Engagement Is Most Transparent – Akufo-Addo