Our Congress Has Been ‘Chaotic’ – Samuel Ofosu-Ampofo ‘Cries’ 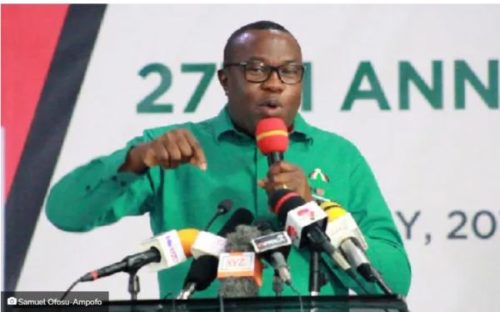 Samuel Ofosu Ampofo, the outgoing National Chairman of the National Democratic Congress (NDC), has registered his displeasure with the turn of events at the just-ended National Delegates Congress of the party.

The immediate past General Secretary of the party, Johnson Asiedu Nketia routed Mr. Ofosu Ampofo by a landslide victory.

Mr. Ofosu Ampofo heartbreakingly described the congress as “chaotic” as he whimpered about how the elections were organized under the supervision of officials from the Electoral Commission (EC).

“We all want to have an orderly election, accept the results, and move on as a party but the process must be open, transparent, and orderly and I think it is becoming a little more chaotic,” he complained.

Tags Our Congress Has Been 'Chaotic' - Samuel Ofosu-Ampofo 'Cries'