One Killed, 7 Wounded Over Land Dispute 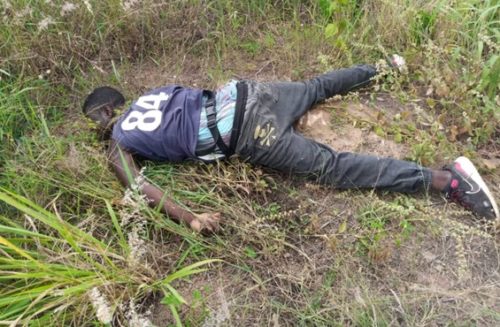 AT LEAST one person has been killed and seven others injured after a land dispute led to a clash between some people of Gomoa Akraman and Awutu Bereku in the Central Region.

Reports said the clash started on Tuesday when people from both sides opened fire at each other, leading to the death of one Quashie Edem, 31.

Three of the injured persons, who belong to the Awutu Bereku side, were said to be receiving treatment at the Winneba Trauma and Specialist Hospital, while the remaining others from the Gomoa Akraman side, were taken to the Akraman CHP Compound for treatment of cutlass wounds, DAILY GUIDE gathered.

The Central Regional Police Command has arrested four persons in connection with the deadly incident, to assist with investigations whereas the body of Quashie Edem has been conveyed to Police Hospital for preservation.

Alhaji Daoudi from Awutu Bereku said one person had been killed and three others were wounded in the violent clash, noting that they were graveling the land for a customer when the Gomoa Akraman people opened fire on them.