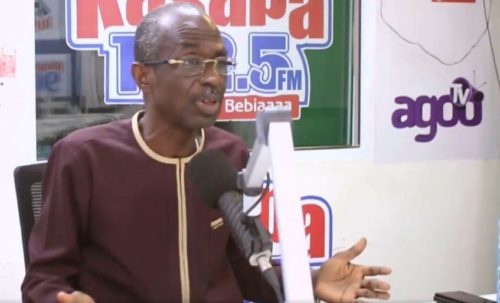 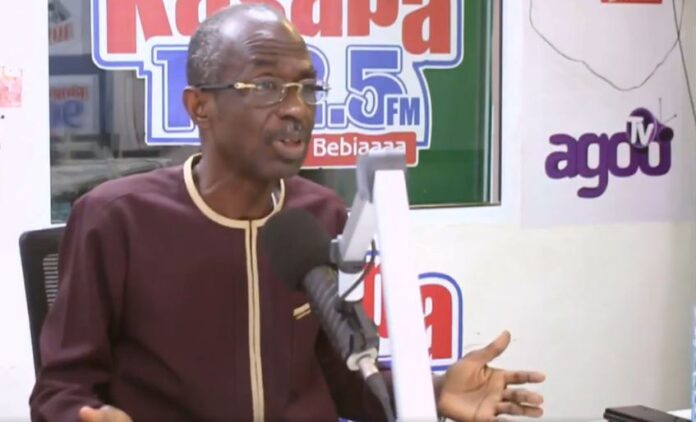 The General Secretary of the National Democratic Congress (NDC), Johnson Asiedu Nketiah, says the National Chairman of the party, Samuel Ofosu Ampofo’s courage as a leader was tested during the violent Ayawaso West Wuogon by-election.

According to him, Mr Ofosu Ampofo’s announcement of the NDC’s withdrawal from that crucial by-election was an outright wrong move.

The Ayawaso West Wuogon by-election held in 2019 was marred by violence after National Security Operatives brutalized voters resulting in some having their legs broken and being admitted to the hospital.

Mr Ofosu Ampofo has said he arrived at the decision for the NDC to pull out based on the advice given by the party’s security experts, adding that both ex-President John Mahama and Asiedu Nketia were consulted before the decision was made public.

But Asiedu Nketia in an interview on Kasapa 102.5FM/Agoo TV denied consenting to that decision.

“I was attending a conference in the Dominican Republic as the Vice President of Socialist International when Chairman Ofosu Ampofo called me saying that some vigilantes had fired gunshots all over the place and so he thinks the NDC should withdraw from the election. I told him don’t, it is a bad decision, and that he’ll set a bad precedent in the NDC. I told him with violence or not, the NDC will win so the party shouldn’t withdraw.”

He added: “Right after I was done with him, I received a call from ex-President Mahama telling me he’s picked up information that Ofosu Ampofo intends to announce the party’s withdrawal, it’s a bad move, tell him he shouldn’t do it. I told him I’d spoken to him (Ofosu Ampofo) not to do so. Shortly after, I saw news flashing of Ofosu Ampofo flanked by the party’s security capos announcing the NDC’s withdrawal from the election. One of the reasons he cited was that the NDC Parliamentary candidate is unable to step out of his room. So if the candidate is not able to come out, should the party withdraw from an election,” Asiedu Nketia asked.

Asked by the host, Bonohene Baffuor Awuah whether he sees Ofosu Ampofo as a weak leader, Asiedu Nketia responded: “his (Ofosu Ampofo) courage was tested at the battlefield and we all saw the results.”

“During the election in Jaman North and Banda, I was there at the forefront confronting security officers. The good thing about this is that when you are a leader and there’s any frightening situation where soldiers or police officers are intimidating people and the leader steps up and confronts the situation, your followers become empowered and also stand their ground. It is easy for foot soldiers to be attacked when the leadership abandons them,” Asiedu Nketia added.

Previous Let This Be Last IMF – Mahama
Next We Must Ensure Proper Education Among The Youth To Enhance Development; Gen. Sec.  Fulanis Association of Ghana