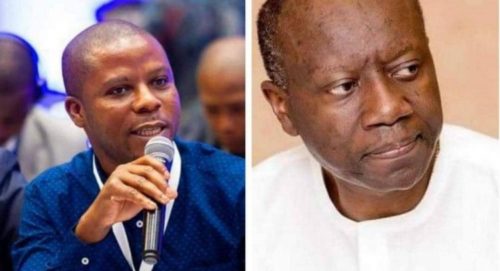 Member of Parliament for Bortianor-Ngleshie Amanfro, Sylvester Tetteh has accused Finance Minister Ken Ofori-Atta of behaving in bad faith after the president pleaded with the majority caucus in Parliament to give him some time in respect of calls for his removal.

The Minister’s remarks after the president asked for more time, according to the majority member of parliament, may have an impact on the president’s appeal.

“But when the finance minister, after this, goes public and starts making such public statements, we don’t know the challenges he’s gone through… I mean, these are comments in bad taste, and that is what I am saying, from where I sit, the signals I am picking, such comments, if it is not checked, will go down on the president’s plea,” he stated on Tuesday, October 11, 2022, edition of Good Morning Ghana on Metro TV.

“We had a meeting, and the president had made a plea; the majority caucus had taken that plea in good faith and to have gone through a process the president had asked. One party, in this case, should not go to town. It’s not good,” he added.

He hinted that the caucus would likely take action, such as boycotting the minister’s upcoming budget presentation in parliament, if his utterances are not checked.

“Events after and the subsequent pronouncements by the minister, the signals I am picking, if they don’t address it, he will come to the house to meet an empty chamber,” he stated.

Following an open call by about 80 majority MPs for the sack of Ken Ofori-Atta, President Akufo-Addo convened a meeting with the caucus where he is said to have made some appeal.