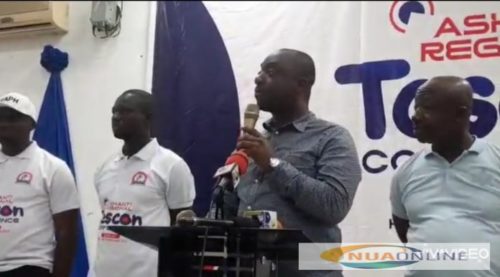 General Secretary of the ruling New Patriotic Party (NPP), Justin Kodua Frimpong, has said the party will not hesitate to reshuffle non-performing appointees if the appointing authority fails to do so.

Speaking at a Regional TESCON Conference in Kumasi over the weekend, Mr. Kodua Frimpong disclosed that the party is undertaking an assessment of all government appointees after which the outcome would be discussed with the President.

He noted the seriousness and hard work with which they wrestled power from the then ruling government is going to be replicated in 2024, the reason they won’t tolerate underperforming appointees.

“So therefore it is important that you always remind yourself that in 2024, we need committed ministers, committed CEOs, committed MMDCEs who understand that there is so much power.

“The national party I must tell you, on our own is doing evaluation assessment and once we are done with the assessment evaluation, we shall discuss it with his Excellency the president and when we are done, everyone will know their smoothness level,” he relayed.

See also  You and Sam George are ‘Small Boys’; I was MCE when you wrote WASSCE — Pablo to Sammy Gyamfi