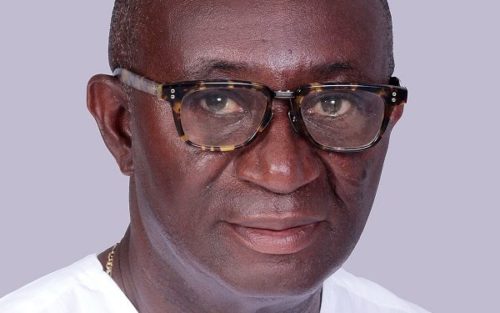 The New Patriotic Party’s (NPP) Member of Parliament (MP) for Asante Akim Central Constituency in the Ashanti Region, has dismissed reports that he and other MPs, were bribed to step down calls for Finance Minister, Ken Ofori-Atta, to be sacked by President Nana Akufo-Addo.

Andy Appiah-Kubi, revealed that they had previously been approached with financial inducement, but that they had repelled all such maneuvers.

The MP, said he and his colleagues expect Mr Ofori-Atta to be removed as Minister latest by December 31, 2022; by which time the budget appropriation would have been completed all things being equal.

Appiah-Kubi-led a group of about 95 NPP MPs last week demanding the immediate removal of Ofori-Atta and Charles Adu Boahen, the Minister of State at the Finance Ministry.

The MPs cited the struggling economy as the basis for their call threatening to boycott government business in the House if their call is not heeded to.

After a meeting at the Presidency last Tuesday, it emerged that an agreement had been reached between the Majority Caucus and the President to have Ofori-Atta, conclude the latest round of talks with the International Monetary Fund (IMF) and to also present and see to the appropriation of the 2023 budget before ‘leaving.’

That deal has seen members of the public thrash the MPs for having allowed themselves to be induced financially to back down on their call.

This Appiah Kubi, stresses is incorrect.

In an interview with Accra-based Joy News, he said: “I want one person, anybody associated with any such person who thinks that he can give money … If I hear anybody making an allegation, I will come out with information.

“I will come out with information that we are beyond the bribes, our motivation is not the financial inducement, we don’t have money in our pockets but at least we have conscience. We will not reduce ourselves to that situation,” he added.

“Anybody who wants to attempt, be advised. We have sent this message to some people, they have sat upright. We have sound enough warning to people who want to influence members of our coalition with materialism, it won’t happen.”

The state of the NPP MPs’ minds can be seen from several posts that some of them have made on social media platforms.

One such is by the MP for Kwahu-Mpraeso Constituency, Davis Ansah Opoku wrote “Kwasi Kwarteng never wanted to leave his post. His mere resignation stopped the slide of the pound. The same is needed in Ghana to stem the hedging.

“Ken has spoken against credit rating agencies and the IMF. His continuous presence is delaying the program. He doesn’t have the credibility to lead a debt restructuring program, hence his delegation of responsibility to a 5-member committee.

“He has lost the trust of many, including Members of Parliament and the whole country”, adding that

“A fresh face will bring the 3 C’s. Competence, Confidence and Credibility.

He needs to help the President. He must resign now!

Some NPP MPs, say several efforts to have the government address the plights of their constituents with regard to the ailing economy, had proved futile.

They thus held a press conference on Tuesday, October 25, 2022, to voice their disquiet and demanded the head of Ken Ofori-Atta and Charles Adu Boahen.

“The recent development within the economy is of major concern to our caucus and our constituents. We have made our grave concern known to our president through the parliamentary leadership and the leadership of the party without any positive response.”

“We are by this medium communicating our strong desire that the president changes the Minister of Finance and the Minister of State at the Finance Ministry without further delay in order to restore hope to the financial sector and reverse the downward trend in the growth of the economy,” he added.

Several Ghanaians had mounted pressure on President Akufo-Addo to remove Mr Ofori-Atta from office in light of the country’s current economic predicament, which has compelled the government to seek support from the International Monetary Fund (IMF).

The Minority in Parliament, has also filed a motion for a vote of censure against Ofori-Atta.

One other NPP MPs, Eugene Boakye Antwi, who represents for Subin Constituency in the Ashanti Region, stressed that Mr Ofori-Atta, must no longer be allowed to continue as Finance Minister, charging that Ghana is a democratic country and should not be run like a family affair; “We’re running a democracy and not a family dynasty.”

The MP for Okaikoi Central Constituency, Patrick Yaw Boamah, said the call to reshuffle the Finance Ministry is a good one if the Akufo-Addo-led government wants to succeed and break the cycle of eight per party at the helm of the country’s governance.

Mr Boamoah, asserted that, if it requires Akufo-Addo to sack all his cabinet ministers and set up a new government, the MPs will support him.

“It’s a good call that as a concerned Majority, we want our government to succeed.

“So whatever it takes for the government to put in place the right measures, if it requires removing all the cabinet ministers and setting up a new government, we will support it”, he said.

Even the pro-NPP group, the Alliance for Accountable Governance (AFAG) on Monday demanded the head of the Finance Minister and Mr. Adu Boahen over their handling of the economic crisis.

Last Monday, on Citi Eyewitness News, Arnold Boateng, the General Secretary of AFAG, said “clearly it looks like the Finance Ministry and the government has dropped the ball on the economy.”

“Reassign the Finance Minister and Adu-Boahen because they have been there for a long time and their activities have caused the mess we are in now.”

“His posture does not augur well. He has lost the trust of the nation. The name Ken Ofori-Atta has become synonymous with failure, synonymous with incompetence and any adjective you can call.”