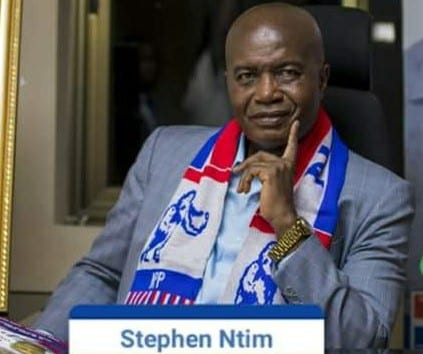 Under the auspices of the National Chairman and General Secretary of the New Patriotic Party, all 275 Constituencies of the party convened special forums to take a decision on what the party position should be in the recent Ken-Must-Go saga.

According to a source who spoke to MyNewsGh.com, the NPP National Executives adopted this approach in order to ensure whatever position they take on the Ken Ofori-Atta saga is representative of the views of the party and same communicated to the President of the Republicof Ghana, elected on the party’s ticket.

Out of 275 Constituencies, more than 250 Constituencies, after deliberations voted to have the Finance Minister removed from office with other yet to tender in the results which also didn’t favour the Minister.

The party took this decision after some 90 Members of Parliament on the ticket of the party organized a Press Conference and called on President Akufo-Addo to sack the Finance Minister Ken Ofori-Atta and Charles Adu-Boahen, Minister of State at the Ministry or have them both resign.

Following a series of meetings which included the NPP National Executives, it was resolved that the duo be allowed to finish an ongoing IMF negotiation and 2023 budget and appropriation.

The National Chairman of the NPP Stephen Ayesu Ntim and General Secretary Justin Frimpong Kodua are expected to take a final decision on Ken Ofori-Atta based on the outcome of the deliberations and vote by the various Constituencies of the party.

As at 29th October, MyNewsGh.com is aware most Greater Accra Region Constituencies have concluded with the outcome communicated to the party hierarchy at Asylum Down.

In some Constituencies, especially in the Greater Accra and Ashanti Regions, there was general unanimity during deliberations for the Minister to resign or be sacked “with immediate effect”.

In the Ayawaso East, North and Central and the Ablekuma North, West and South and Okai Koi areas, the polling station executives under the leadership of the Constituency executives unanimously voted to have the President remove the Minister of Finance without any dissenting votes, MyNewsGh.com was told.

The forum afforded the party base the opportunity to vent their frustrations about happenings within the country which is making their work for the party difficult and even dangerous.

Some of the Polling Station Executives expected to participate in the deliberations failed to show up out of disappointment with the party, MyNewsGh.com was told.

See also  Your name is Fati not Celestina and your father is a watchman — NPP youth in FB beef, Salam cited

In Mamobi, under one of the Ayawasos, some of the party members who were present during the deliberations but had no voting rights urged the party to revoke Mr. Ofori-Atta’s membership of the party if he has one to send a message to all appointees about the party’s power.

In the Eastern Region, some Constituencies were unable to hold their meetings due to miscommunication of schedule but are expected to hold one.

It is not clear whether the party will make public its findings and final decision.