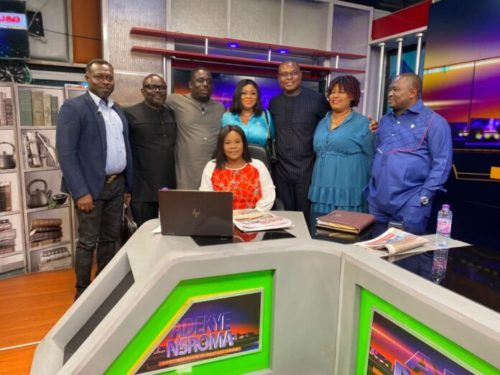 The National Communications Directorate of the New Patriotic Party paid a working visit to the Despite Media Group on Wednesday, October 5, 2022.

The team led by the Director of Communications, Mr. Richard Ahiagbah together with some of the Deputy Communications Directors in the persons of George Krobea Asante, Ernest Owusu Bempah, Kamal Deen, Jennifer Oforiwaa Queen, visited Despite Media Group to interact not only with the hosts of their various programs but also a staff of the outfit.

Other members of the Communications Directorate who went with the team were Nana Ayimadu Bekoe who is in charge of Deployment and Emmanuel Yaw Mensah, Administrator of the Directorate. 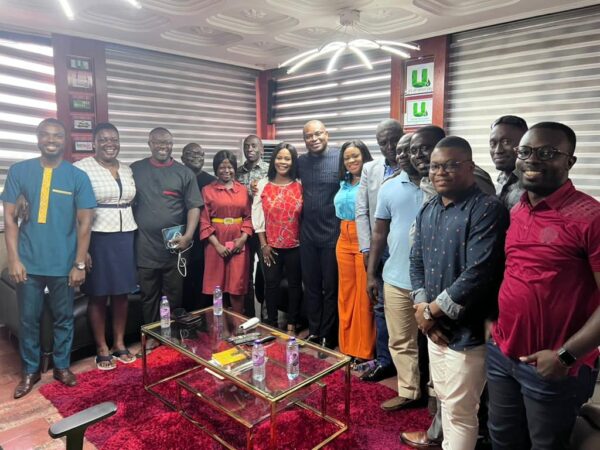 Also with the team as part of the media tour were Hon. Alexandra Akwasi Aquah, the Honourable Member of Parliament for Akim Oda, and Hon Ayepe, Former MP for Ayensuano are also members of the National Communications Team.

The team after visiting UTV, Peace FM, Neat FM, and Okay FM, interacted with the hosts and the panelists also took the opportunity to meet with the management of the Despite Media Group to discuss some pertinent issues.