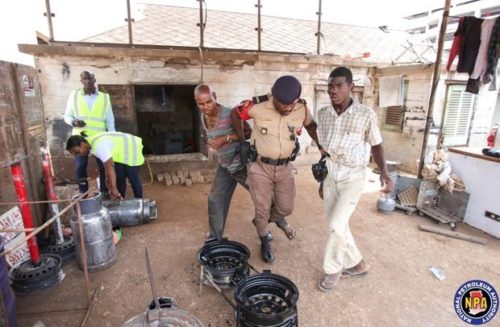 Seven persons have been arrested by the National Petroleum Authority (NPA) in collaboration with the Ghana National Fire Service (GNFS) and Ghana Police for operating illegal cylinder refurbishing facility.
Suspects, who were arrested following a tip-off, according to officials, engaged in refurbishing damaged cylinders, and re-introducing them into the market.

They were arrested when the authorities raided the supposed illegal cylinder refurbishing facility in Makola, Accra. 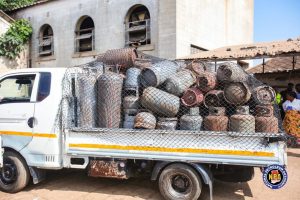 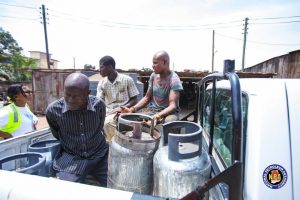 Also, three trucks of ceased cylinders ranging from 5kg to 14.5kg, welding tools, cutting, and grinding tools, paints and accessories were retrieved from them during the operation last Friday.

Director of Gas, Akua Ntiwaa Kwakye speaking after the raid said “upon the Authority’s investigations, we found out that the suspects were operating at this yard without permit and certification from the appropriate Authorities. 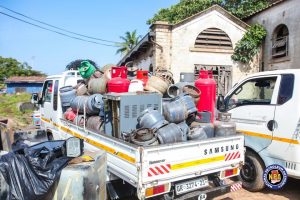 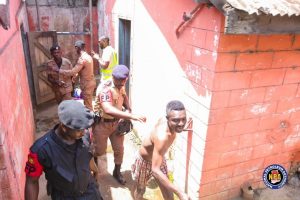 “It is obvious they are compromising on quality for their parochial interest at the detriment of the unsuspecting consumers of gas,” she added.

She said that these refurbished cylinders are part of the major causes of fire outbreaks in our various marketplaces, workplaces, and homes.

Mrs Ntiwaa noted that the Authority’s intervention was critical because the country keeps recording several domestic fires, which had claimed lives and properties, adding that, it was imperative for all and sundry to condemn these negative acts.

M. A. Korsah, Assistant Director of Safety at Ghana National Fire Service urged all consumers of LPG to be on the lookout for some of these substandard cylinders that have been reintroduced into the system. 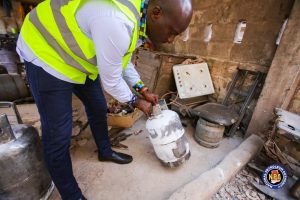 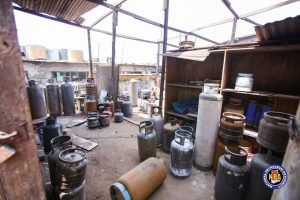 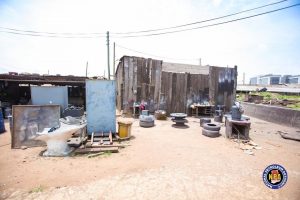 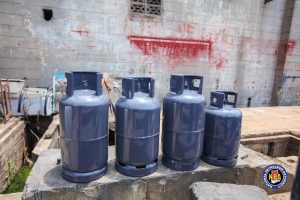 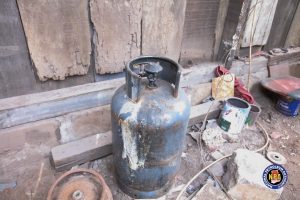 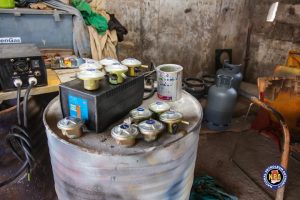