No need for flagbearer elections; John Mahama is our man already – Hannah Bisiw 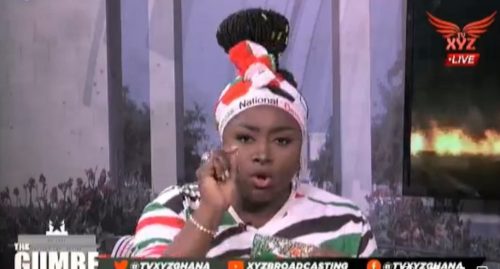 National Women’s Organiser of the opposition NDC, Dr Hannah Bisiw has suggested that organizing an election to choose a flagbearer for the party will be a waste of time and resources.

To her, the obvious choice is former president John Mahama and there is no need for anyone to pretend his popularity has dwindled.

John Mahama lee the NDC to elections 2020 and garnered over 6 million votes for the NDC as compared to the a little over 4 million he obtained while seeking re-election as a president in 2016.

Dr Bisiw believes John Mahama has no contender hence the party should allow him to represent the party in 2024 without elections.

See also  It's make or break for Ntim, Abankwah, Asabee as NPP goes to polls today

Speaking to Citi TV, the former minister quizzed ” why should we worry ourselves and waste resources for our candidate, whom we all know is John Mahama? ”

She said she will begin an online campaign to collect signatures to petition the NDC Council of Elders to ensure that John Mahama is chosen to be the flagbearer 9f the party.

Previous My victory is a step to taking NDC higher – Fifi Kwetey
Next ‘There is no 8 to break; Ghanaians cannot wait to vote the NPP out of power’ – Dr. Amakye Boateng