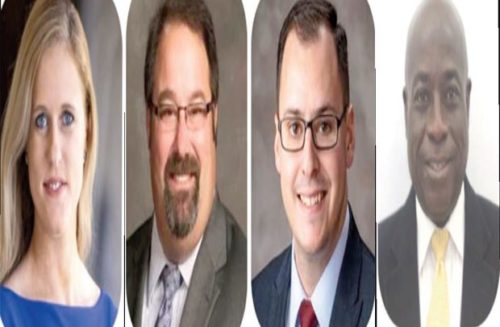 THREE SENATORS from the State of Nebraska, United States of America, and an international consultant, are set to arrive in Ghana on Sunday, November 13, 2022, for a 5-day visit. Their visit is aimed at working and developing business relations between Ghana and the State of Nebraska, with a focus on Agriculture, Agro Processing, Energy, Lands and Natural Resources.

In a release issued in Accra, Agrihouse Foundation, co-host of the visiting senators, described the visit as one that will create the much-desired economic path opening up and deepening opportunities between Ghana and the State of Nebraska, especially for actors in the livestock and agro processing sub-sectors.

The visiting senators are upbeat about the immense mutually beneficial fallouts from their visit as they anticipate there will be more to learn about the investment and development opportunities in Ghana, especially through expected interactions with both the public and the private sectors’ key players, as well as through field trips for first-hand experience.

Also, through such networking engagements, the release stated, the visitors are “positive about connecting better with Ghanaian businesses towards creating and establishing viable and fruitful business relations between Ghana and the State of Nebraska.”

The visiting delegation of senators include Julie Slama, who happens to be the youngest woman serving in the State of Nebraska.

Ms Slama made waves on the internet in early April 2022, when she took to the Nebraska senate floor to support the Human Life Protection Act. Earlier in the year, she had also introduced the Heartbeat bill, a bill to ban abortion after a baby’s heartbeat is detected. Her bills on agriculture, rural economic development, and education passed support.

Amoabin’s role as a consultant encompasses projects in the US, Germany, UK, Ghana, Nigeria, Cote d’Ivoire, Tanzania, Cameroon, Uganda and others.

“We are all excited about coming to Ghana and are confident that by the end of our five (5) days visit, we should have been able to have met the right people, had a better understanding of the respective sectors and laid the grounds for the beginning of a Ghana- Nebraska sustainable relations,” he concluded.